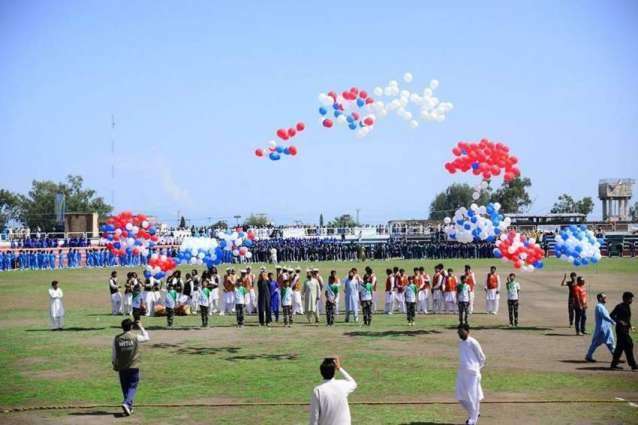 Deputy Commissioner (DC) Bajaur Usman Mehsud was the chief guest of the closing ceremony of the festival. Speaking on the occasion, DC said the festival was not only ended peacefully, but it attracted thousands of spectators who took keen interest in the colourful extravaganza.

He said that such festivals will also be arranged in future to promote the soft image of the tribal districts of the province. The Deputy Commissioner said that the people of tribal districts have suffered a lot due to wars but now peace has been restored. Therefore, all efforts will be made to provide them with relief and opportunities so that they can enjoy their lives.

The Deputy Commissioner on this occasion also informed the tribal people that the government is planning to establish a museum in the district Bajaur.

PESHAWAR: Khyber District workers of Pakistan Tehreek-e-Insaf (PTI) objected over the nominees of the party for election in Khyber district and asked Imran Khan to intervene. Senior vice-president Abdul Ghani Afridi while addressing a press conference at Peshawar Press Club said that MNA Iqbal Afridi is nominating candidates without taking the party workers into confidence.

Arif Malakdinkhel, Saliheen Shalobar and Sahibullah Akakhel and other local leaders of the party were also present on this occasion. They complained about nominations for the next local government and provincial assembly elections and said tickets should only be awarded to senior and sincere leaders of the party.

They alleged that Iqbal Afridi has ignored party workers in NA-44 and supported influential people in awarding tickets.

They said the workers have requested the MNA to stop the unnecessary interference in the selection of election candidates and demanded the formation of a committee for nominations on merit but to no avail.