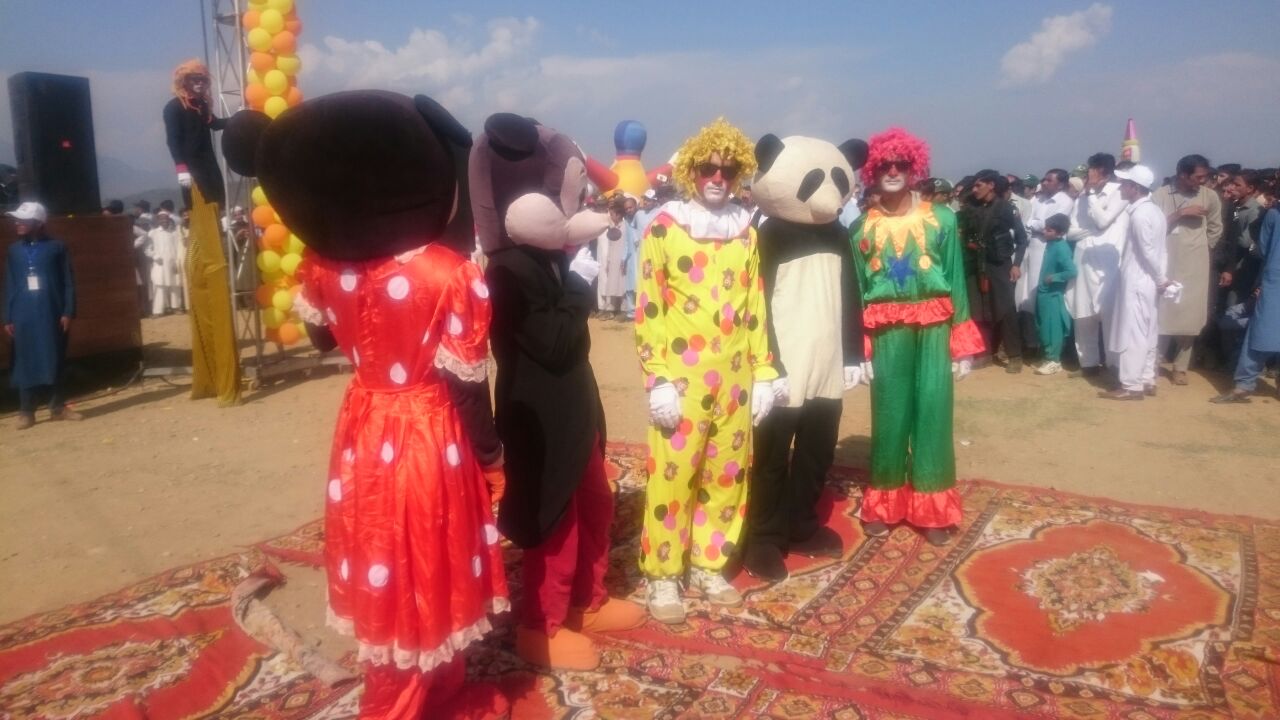 The organizers of the event have set up stalls of traditional foods and local handicrafts. Large number of tourists from Buer, Swat and Shangla districts turned up on the inaugural day of the event. Apart from general public, leaders of different political parties also attended the festival.

To enthrall the visitors, the organizers have also made arrangements for music. Besides, to provide entertainment to the people, comedians and other artists have also been invited to the event.

Officials of the district administration said that the event was aimed to promote local culture and traditions, and to provide talent hunt opportunities to the youth of the area.
Sports competitions such as tug of war and volleyball matches will also be played among different teams. A stage show will be organized for school children on the second day of the festival in which students from all over Buner will demonstrate their skills. Fireworks will be exhibited.