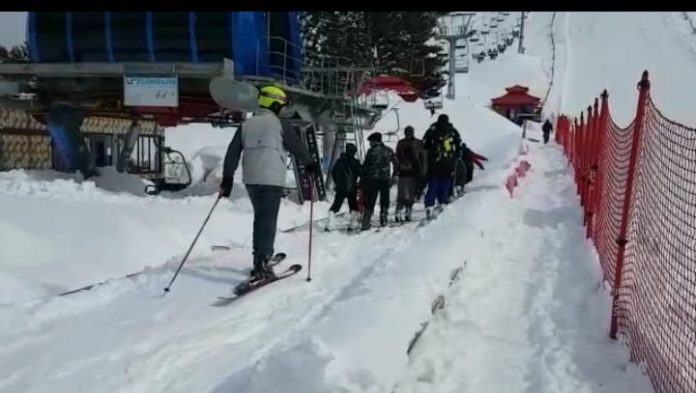 MALAM JABBA: The three-day Malam Jabba Snow Festival organised jointly by the Pakistan Army and Samson Group of Companies kicked off in Swat on Thursday.

The festival kicked off at the snow-covered mountains of Malam Jabba where the skiers showed spectacular display of their skills. A large number of tourists arrived at the picturesque valley and enjoyed the festival and skiing display.

Apart from professional players, children and beginners were also present at the ski resort who were provided with skiing training.

The organisers of the even said a large number of local skiers will take part in the skiing competition. They said the skiers will display their skills in  Salalom, Giant Salalom and Free Downhill styles. They said the purpose of organising the snow festival in Malam Jabba was to promote tourism. They said promotion of tourism also creates job opportunities for the locals.

The organisers said heavy snowfall occurs in Malam Jabba during winter which attracts national and foreign tourists. They said a free of cost training academy has also been set up for those who are interested in skiing and want to boost this healthy activity. 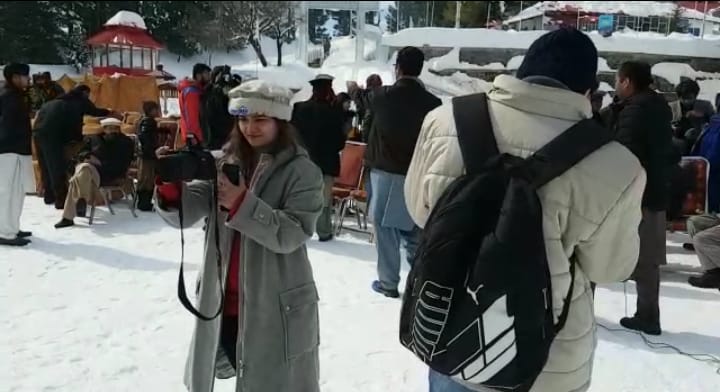 A tourist who came to watch the festival said he thoroughly enjoyed the skiing and snowfall. He said the local skiers have great talent for which they deserve appreciation. Another tourist said this valley is a heaven on earth. She said she has never seen such a lovely place in her life.

Malam Jabba is the only civil ski resort in Pakistan at about 8,500 feet above the sea level. The festival will conclude on Sunday. The civil and military officials will participate in the concluding ceremony.

The Khyber Pakhtunkhwa government has decided to launch pink bus service for women travellers in Mardan and Abbottabad this month.

The government of Japan has provided pink busses to the KP government to provide facility of travelling to women. A private company has been given the tender for making recruitments in this regard. 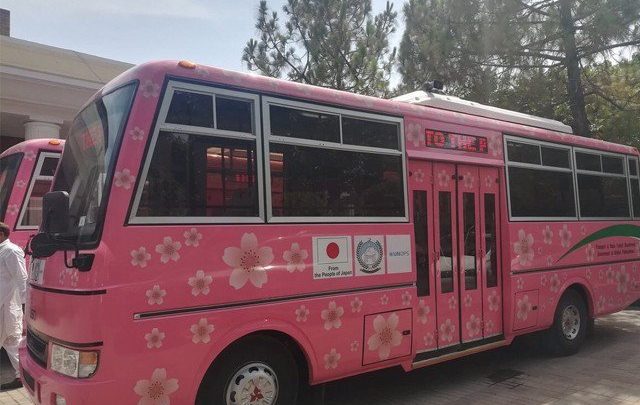 Japan had provided pink busses to the KP government in June last year for the women passengers of Peshawar. However, the chief minister had shifted these buses to Mardan and Abbottabad due to initiation of BRT project in the provincial capital. However, the service could not be initiated despite passage of several months of arrival of the busses.