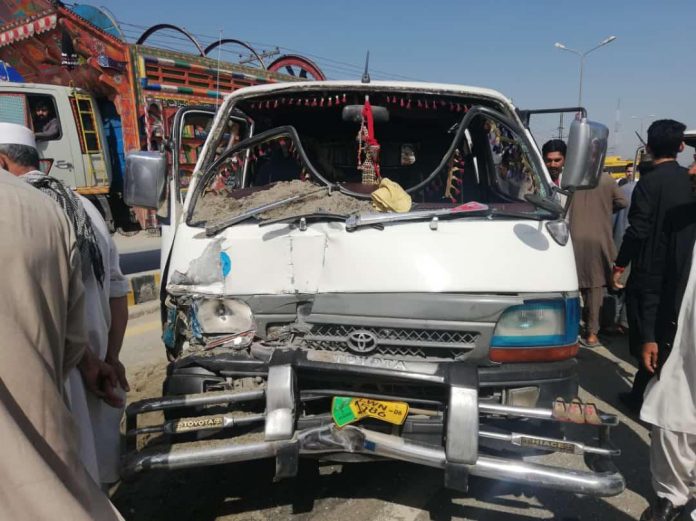 NOWSHERA: Three members of a family lost their lives and three others, including two children, sustained injuries in a traffic accident in Nowshera on Sunday.

Police said the accident happened on Charsadda Road in Koz Khweshgi area near the Afghan refugees camp in which a speeding car collided head on with another car coming from the opposite direction. Those who lost their lives in the accident include Dr Salman Farooq, who was working at the Mardan Medical Complex, his mother Farzana and another person identified as Shahidur Rehman. The injured included Mehnaz and two children including six-year-old Aimal and 10-year-old Fiza.

The bodies and injured persons were immediately taken to District Headquarters Hospital Nowshera. The bodies were handed over to heirs after post mortem.

Police said the driver of the other car, who was also injured in the accident, escaped from the scene while leaving his car behind. The car has been taken into custody by the police and investigation has been launched into the incident. Sources said the accident happened due to reckless driving by the car driver who escaped the scene.

In another traffic accident in Mardan, five persons sustained injuries when two flying coaches collided due to over speeding.

The flying coaches travelling from Mardan to Nowshera and Jehangira collided on Tambolak Bypass Road due to which five passengers were injured. The Rescue 1122 personnel reached the spot immediately and shifted the injured to Mardan Medical Complex.

Passengers said the accident happened due to reckless driving by both the drivers. They said both the drivers started a race on the road and were driving extremely in dangerous manner.

Most of such accidents happen due to untrained drivers, reckless driving, poor condition of roads and poor maintenance of vehicles. The regular happening of the road accidents is a clear indicator that most of drivers, particularly those in public transport, are never willing to learn from their mistakes.