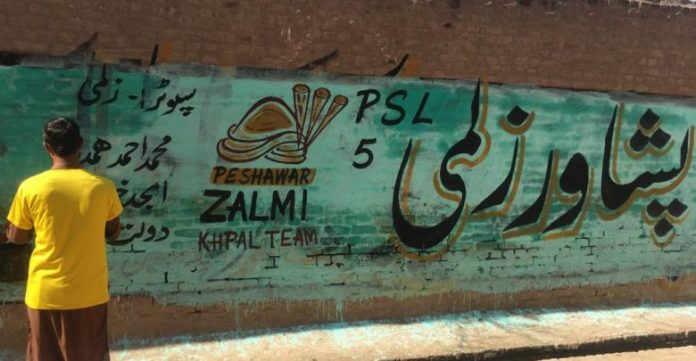 PESHAWAR: The fifth edition of the Pakistan Super League (PSL-5) is set to kick off on February 20 and advertisement and publicity campaigns of all the participating teams are at peak at the mainstream and social media.

Peshawar Zalmi, which is particularly popular among Pakhtun cricket lovers, always comes up with unique ideas for team promotion and fans also don’t lag behind in supporting their team. Three friends in Peshawar, Muhammad Ahmed, Amjid Khan and Daulat Khan, who are diehard fans of Peshawar Zalmi, have also expressed their love for the game and ‘Khpal Team’ by expressing support for it through paintings on the walls in different parts of the city. Muhammad Ahmed is painter by profession, Amjid Khan is color maker and Daulat Khan is a rickshaw driver. 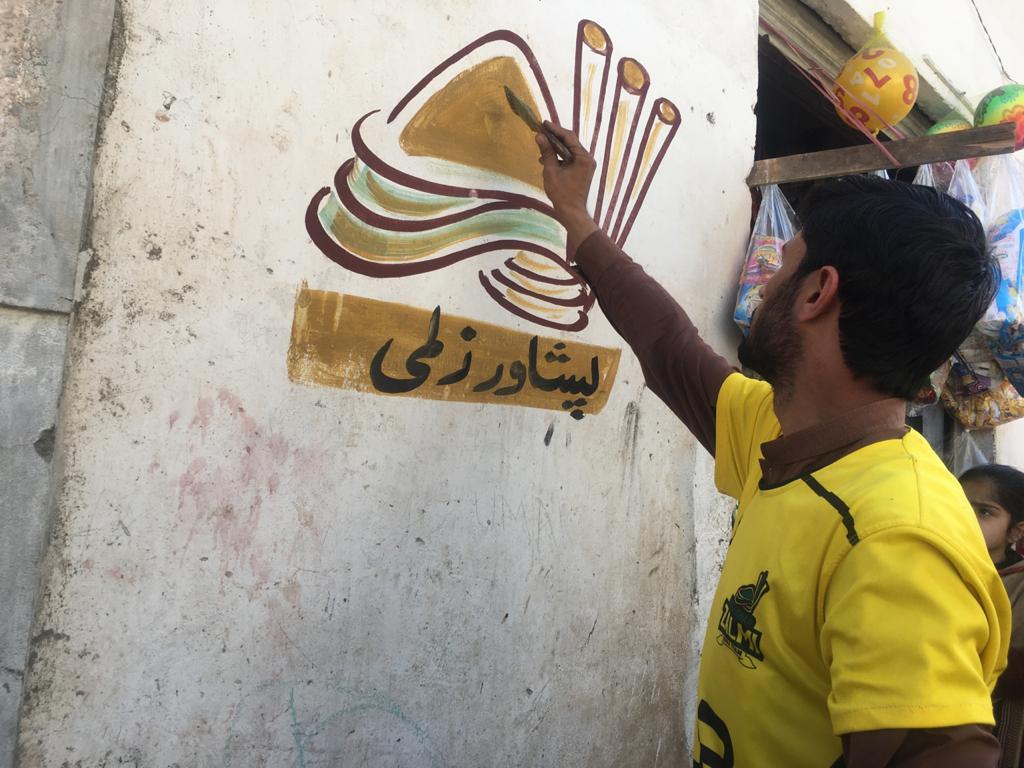 The three friends have made paintings on walls at Kohat Road, while they also have friends in Bannu and Darra Adamkhel where they went to do wall paintings for fans of Peshawar Zalmi. Ahmed said painting is his main source of income and he uses the leftover material used for wall paintings of schools, colleges and other institutions for paintings for his favorite team.

Daulat Khan said he and his friends reach every area from where they receive calls for wall paintings. He said he is big fan of Peshawar Zalmi owner Javed Afridi and captain Darren Sammy.

Ahmed said fans from Khyber Pakhtunkhwa will definitely go to Rawalpindi and Lahore to watch PSL-5 matches. The three friends hope that the Peshawar Zalmi administration will contact them and help them in their campaign. They also wish to meet the Peshawar Zalmi players and have photos with them.