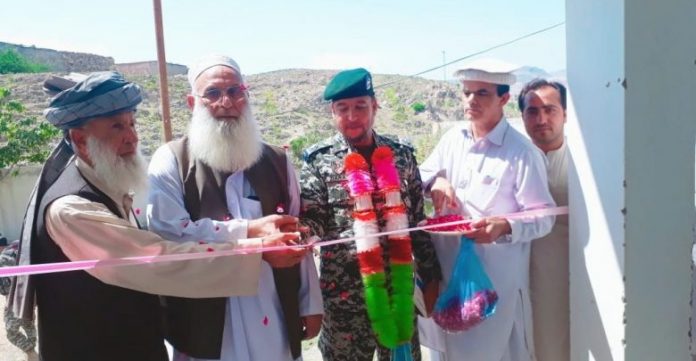 JAMRUD: Three girls’ schools have been restored and reopened in Mallagori area of Khyber tribal district after closure for four years.

On the special instructions of Inspector General Frontier Corps (IGFC) North, Commandant Swat Scouts and 213 Wing Commander, staff has been provided to these schools and these officers have also made arrangements for payment of salaries to the staff.

The people of Mallagori thanked the IGFC and Swat Scouts commandant for their special interest in the problems of the area and their efforts for reopening of the schools.

Now the schools have again become functional after a gap for four years and academic activities have resumed there. They said no region can make development without education, particularly the women education. After closure of these schools four years ago, the girls of the area were deprived of education as their parents could not afford to send them to private schools.

The two-day Spring Festival kicked off at Hazara University in Mansehra on Thursday.

Different stalls have been installed at the festival and sports competitions are also being held. Competitions are being held in volleyball, tug-of-war, martial arts, gymnastics and local sports. At the opening ceremony, the schoolchildren sang national songs and also presented skits.

Deputy Commissioner Muhammad Ziaul Haq was chief guest at the inauguration ceremony, while government officials, local dignitaries and other people were also present on the occasion. The visitors took keen interest in the stalls and enjoyed the sports competitions.

The visitors said they thoroughly enjoyed the festival. They said such events should be organised on a regular basis to provide entertainment to the people and give chance to the young sportsmen to display their talent.

The deputy commissioner said such events promote links between the administration and the public.