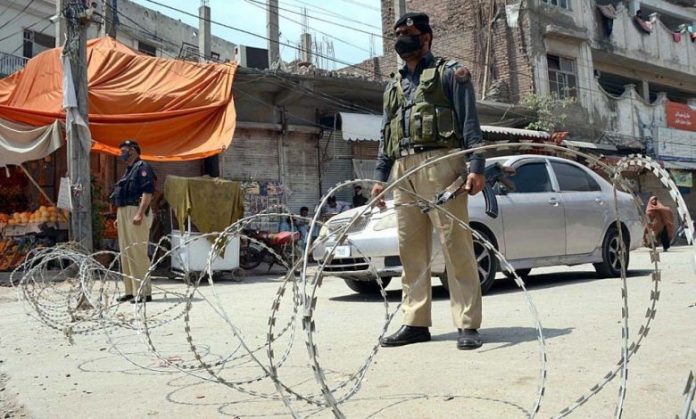 Police on Monday killed three terrorists of outlawed outfit Daesh in an intelligence based operation in Faqirabad area of city.

City police said that the terrorists opened fire when the police personnel reached the site. Three terrorists were killed when police responded to the fire.

Capital City Police Officer Abbas Ahsan told reporters that the terrorists were hiding inside a cemetery in Faqirabad. He said that apparently the terrorists planned to carry out  some terrorist attack.

Mr Ahsan said that slain terrorists were wanted to police in several cases of targeted killings and murder of a Sikh hakim, earlier in September this year.