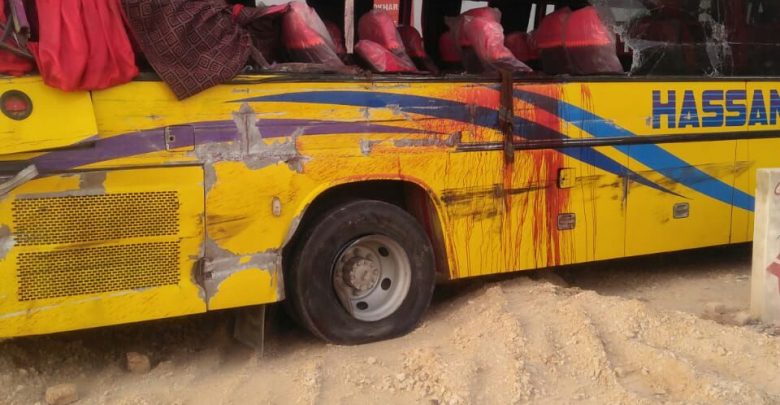 DERA ISMAIL KHAN: Three people were killed and two others injured in a head on collision between a passenger bus and a truck in Dera Ismail Khan on Wednesday.

Police said the incident happened in the morning when a passenger bus coming from Rawalpindi to Dera Ghazi Khan collided head on with a speeding truck coming from the opposite direction on Chashma Road near Al-Moez Sugar Mills. Two of the dead were identified as Muhammad Sabir and Khalaq Dad, while the third victim could not be identified till filing of this report. The injured persons were identified as Shahbaz and Kamran.

Rescue teams shifted the bodies to Paharpur Hospital, while the injured were shifted to District Headquarters Hosptial DI Khan.