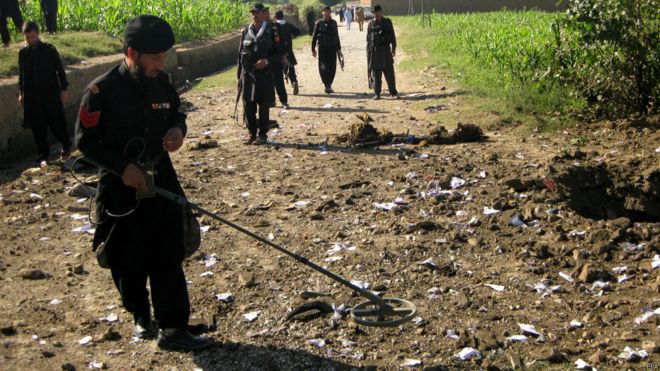 KHAR, 31 October: Three Levies personnel have been injured in a bomb blast in Khar tehsil of Bajaur Agency.

Sources said the Levies, deputed on security duty of polio immunisation teams, men were travelling through dry bed of a river in Lara Banda area on Monday when an improvised explosive device exploded on them. The injured Levies men were taken to Agency Headquarters Hospital Khar.

The security forces cordoned off the area after the incident and launched search operation. However, no arrest was reported.