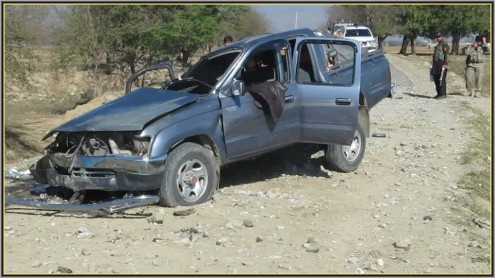 KHAR, November 11: Three Levies personnel have been killed and as many people including a political tehsildar injured in a bomb blast in Bajaur Agency.

Administration officials say the Levies personnel along with the political tehsildar Mr Sahibzada were escorting a polio vaccination team when the vehicle they were traveling in hit a roadside bomb in Salarzai tehsil.

The injured tehsildar and Levies personnel were shifted to the Khar Hospital. The security forces launched a search operation in the area after the blast. However, there was no word about any arrests till filing of this report.