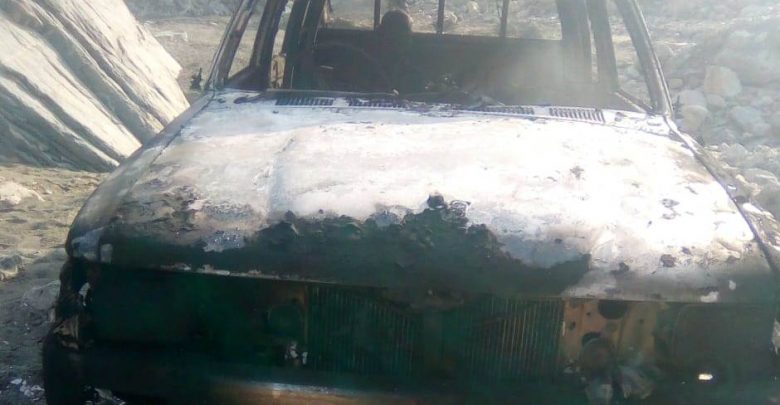 Officials at the district administration said that unknown armed men probably militants associated with Tehrik-Taliban Pakistan (TTP) kidnapped three persons who were employees of a Maddi Petroleum , a Chinese company, working on oil exploration in Speenwam.

The anductees were taken to a dry water streem and set the vehicle on fire burning them alive. The deceased persons are identified as Javedullah, Anwar, Khalilur Rahman and Zakir, who was a Frontier Corps personnel.

A week earlier two employees of the same company were abducted in the district by miscreants and one of them has reportedly been releases.