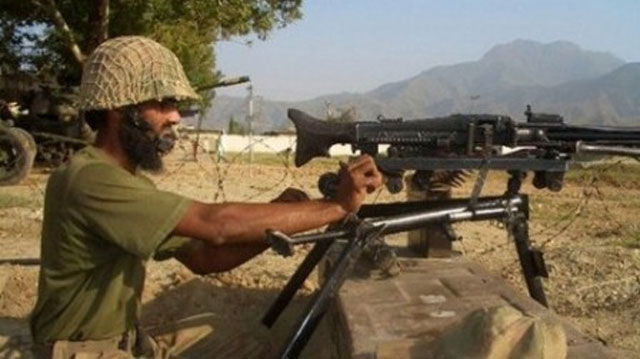 PESHAWAR, 23 November: Three Pakistani soldiers including a captain and four other civilians were killed on Wednesday as unprovoked firing of Indian troops continued on Line of Control (LoC), ISPR said in a statement posted on its official Facebook page.

The exchange of firing started when Indian troops opened fire on a passenger bus in Neelum valley along the LoC in Azad Kashmir, killing four civilians and injuring seven others.

Pakistan Army effectively retaliated the attack and silenced Indian guns. At least seven of Indian troops were killed in the firing, the statement said.

Pakistan’s Director General, Military Operations, made a hotline contact with his Indian counterpart and said that Pakistan reserve the right to respond at the place and time of its choice.

The Foreign Office also summoned Indian deputy high commissioner and lodged a strong protest over killing of civilians and security personnel along LoC.

According to the Foreign Office spokesperson, a letter of protest was handed over to the Indian official.