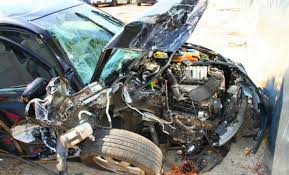 TIMERGARA, 19 June: Three persons, including two newly-elected tehsil and general councilors, died while two others were injured in a road accident today.

Local police said that the incident occurred in Luqman Banda area as the driver lost control over the vehicle, which fall into a ravine. The deceased were identified as tehsil councilor Shireenzada, general councilor Jahanul Haq and Farmanullah.