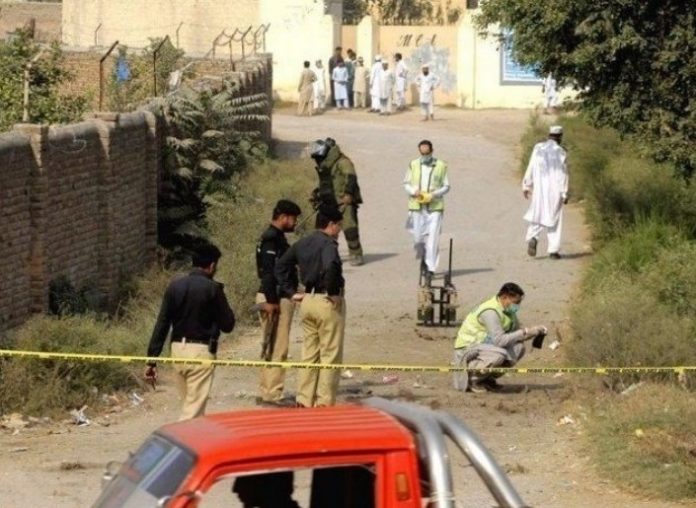 A third policeman sustained injuries in the attack.

On the other hand, banned Tehrik Taliban Pakistan claimed responsibility for the attack.

Separately, a police man and proclaimed offender were killed in a police encounter in Mardan district.

Police said that proclaimed offender Nisar resisted arrest and opened fire on a police contingent, when the cops tried to arrest him.

An official said that proclaimed offender shot dead a cop identified as Sartaj Bahadur and was also killed in police firing.