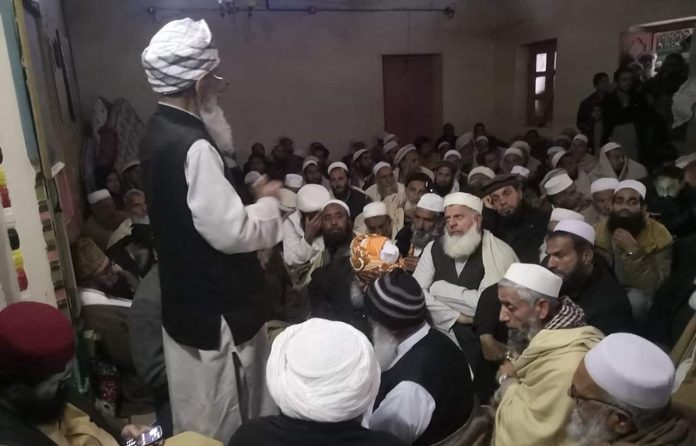 BATTAGRAM: With the efforts of local Ulema, three rival families in Gajbori area of Battagram ended their enmity on Monday and vowed to remain peaceful in future.

Three years ago, on the day of Eidul Azha, the members from the families of Abdul Manan and Andaz Khan quarrelled and Engineer Qari Aziz Khan from a third family, who was trying to calm down the two fighting groups, was killed when he was accidently hit by a bullet. The three families were in enmity since then due to which the atmosphere of the village remained tense.

A Jirga was held at a local hujra on Tuesday where members from the three groups hugged each other and vowed to stay peaceful.

Maulana Abdur Rauf while speaking on the occasion said reconciliation is the best policy to live peacefully in the world. He said it is the responsibility of the Ulema to play their role in ensuring peaceful environment in their respective areas. He said the Ulema will continue efforts for ending other disputes in the area.