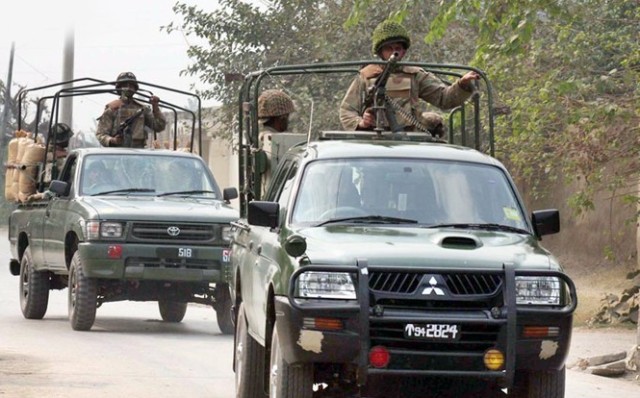 MIRANSHAH, 09 October: At least three security personnel were killed and either others injured when unidentified gunmen opened fire on the vehicles of security forces in Dosali tehsil of North Waziristan agency on Monday morning, official sources said.

The sources added that security personnel were on routine patrol when they came under attack. The assailants managed to escape from the scene after the attack.

Dead bodies of the martyred security personnel and the injured were rushed to a hospital in Dosali.

Later, security forces clamped curfew from Miranshah to Razmak and started search operation in the surrounding areas, however, no arrest was made till the filing of the report.

The slain personnel were identified as Jabir Hussain, Amjad Ali and Mohsin Ali.