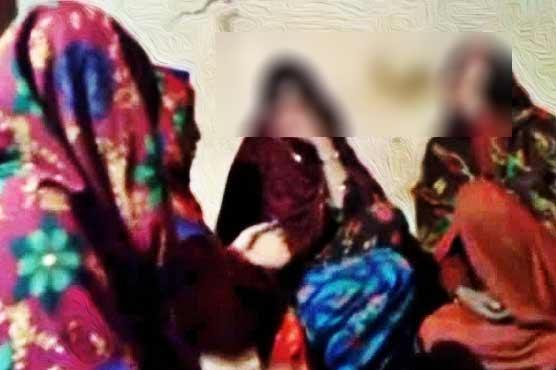 PESHAWAR: A district and session court in Besham, Khyber Pakhtunkhwa sentenced three persons in the murdered of 3 girls and 2 boys in Kohistan ‘honour killing’ case on Thursday. District and Sessions Judge Saifullah Jan acquitted five accused due to the absence of proper evidence against them.

The convicts sentenced by the court to life imprisonment include relatives of the slain girls, Omar Khan, Sabir and Saeer. They were arrested by Mansehra police last year. Lawyer Sabur Khan said the three convicted criminals had confessed their crime before the court.

Background of the case

A youth from Kohistan district in Khyber Pakhtunkhwa (KP) came to the media in 2012 alleging that his two younger brothers have danced at a wedding ceremony and the women from another tribe were seen clapping. Their video was made with a mobile phone during the event that was later taken over by locals and jirga ordered the killing of the girls seen in the video. Later news of the killing of the girls was also reported.

Supreme Court took notice of the killings in 2012 after reports of tribal people have killed the boys and girls in the video on the order of local Jirga. The then federal and Khyber Pakhtunkhwa provincial government denied the incident, while members of the team travelled to Kohistan on the orders of the Supreme Court also rejected that the girls have been killed.

It is to mention here that the session’s court in Kohistan had sentenced one of the six accused to death and five to life imprisonment. The Peshawar High Court suspended the judgment session judgment on March 28, 2017, and order the of arrested suspects involved in the murder of three girls and boys.