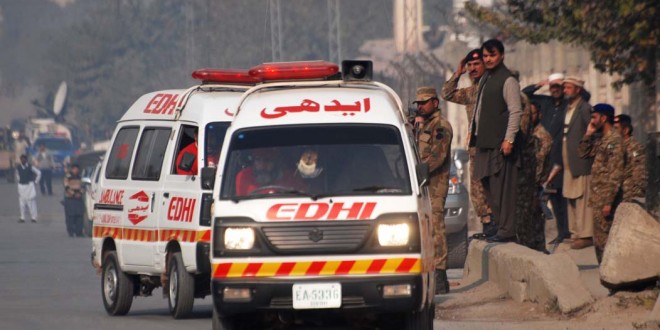 KHAR: Three people, including father and son, were killed in firing by unidentified armed men in Bajaur tribal district on Tuesday.

Local sources said the incident happened in Darbanu area of Nawagai tehsil and the victims include Kifayatullah and his son Saleem from Peshawar and Aminullah from Nawagai. The armed men came on a motorcycle and sprayed bullets and escaped the scene after committing triple murder.

No one has claimed responsibility for the killings so far. The district administration has initiated investigation into the incident.

Four girls of a family were injured in a gas cylinder explosion inside a house in Surkh Dheri area of Mardan on Tuesday night.

Police said the incident happened due to gas leakage and the four injured girls are cousins. They were immediately shifted to Mardan Medical Complex.