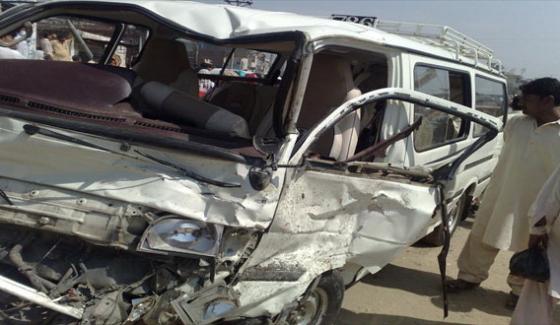 BUNER, 4 October: Three female students were killed and 12 others injured on Wednesday after a van rammed into a roadside shop due to over-speeding, the police said.

The police said that the van that was owned by a private school was taking children to the school when the driver lost control over the steering due to overspeeding and rammed into a shop.

They said that three children were died on the spot while 12 others were injured who were shifted to District Headquarters Hospital. Doctors at the hospital referred one of the injured to Lady Reading Hospital Peshawar in critical condition.

The police said that driver of the van escaped after the accident. Deputy Commissioner convened a meeting of principals of all public and private schools to take steps to avoid such accidents in future.