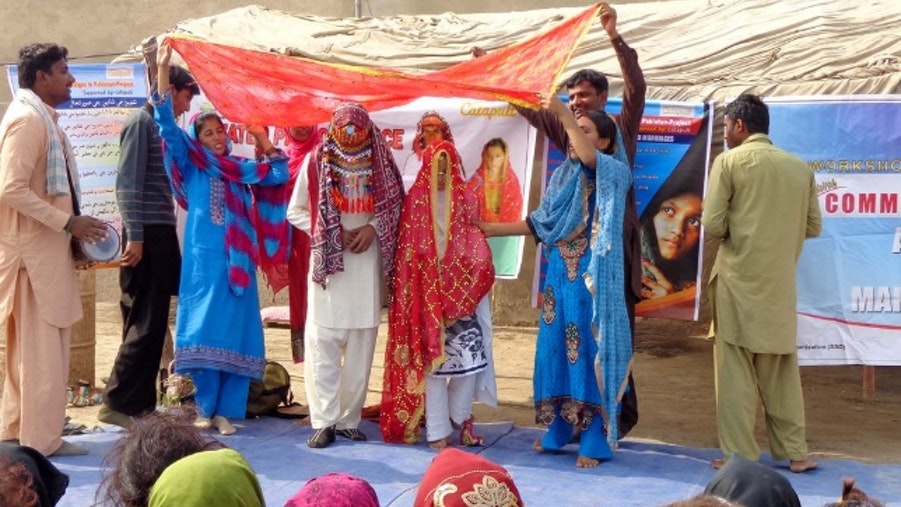 PESHAWAR: A proposed bill sent to the Senate of Pakistan on Thursday seeks to end child marriage, which is an excellent opportunity for the government to fulfil its commitment of advancing human rights for all Pakistani citizens, The Human Rights Watch says.

According to UNICEF, 21 percent of Pakistani girls are married by the age of 18, and 3 percent before 15. Child marriage tends to occur in the country’s most marginalised and vulnerable communities and has devastating consequences: Girls who marry are more likely to drop out of school than other girls, they face greater pregnancy-related health risks than women, and their babies are more likely to have health problems. Married girls are more likely to face domestic violence than woman who marry later. Additionally, child marriage sinks families deeper into poverty.

According to the Human Rights Watch, this could change if Pakistan’s government passes an important bill, submitted by Senator Sherry Rehman, suggesting amendments to the Child Marriage Restraint Act, 1929. The bill seeks to completely ban marriage before the age of 18.

Pakistan’s current law sets the legal marriage age at 16 for girls and 18 for boys, setting different, and thereby discriminatory, marriage ages for girls and boys. But even this law is rarely enforced, as the Pakistani courts often apply Sharia (Islamic law) instead, which they interpret as allowing any girl who has gone through puberty to marry.

“The Pakistani government has a number of key rights challenges, yet it should also focus on the rights of girls and women. Girls often have little or no say in the timing of their marriage, or their choice of spouse,” the HRW report says.

Under the UN Sustainable Development Goals (SDGs), countries around the world, including Pakistan, pledged to end all marriage before age 18 by 2030. They have their work cut out for them: around the world, a girl under 18 marries nearly every two seconds.

“Pakistan’s children should not have to wait any longer for the government to act. By supporting the proposed amendments, the government can take an important first step towards ending child marriage,” the report said.