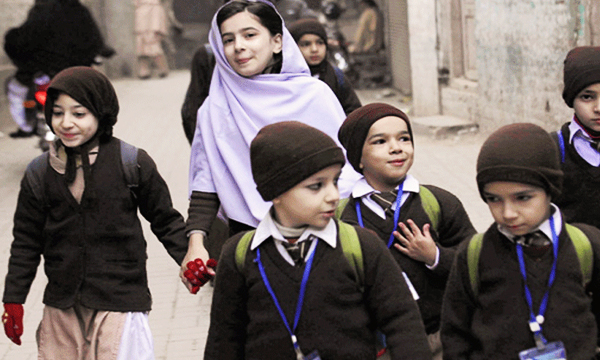 While announcing a two day protest strike on 23 and 24 April in Khyber Pakhtunkhwa (KP), the private schools have set to mislead parents and students by raising the issue of syllabus which was not in question this time because the newly established Private Schools Regulatory Authority (PSRA) has stopped these educational institutes from increasing or collecting advance fees from parents and students until they decide the fee structure.

On April 17, PSRA through an advertisement published in various newspapers instructed private schools to charge only half fee during three month summer vacations. The authority’s decision is logical as it doesn’t make sense that students should be charged for services they will not receive during summer vacations such as tuition and transportation fees. The authority took this decision after Peshawar high court directed it to make a fee structure for all schools and stop them from increasing admission and tuition fees unilaterally.

As earlier said the issue is not the syllabus’ change against which they have given a strike call, but rather they are concerned why a government should interfere in their affairs and challenge their authority of fixing and increasing fee unilaterally. Another commendable step by the PSRA is that it has refrained private schools from receiving advance fees from the students until a new fee structure is designed by the authority. The authority has also asked the owners of private schools to charge 50% fees if two or more than two siblings are enrolled with them.

Is there any example in the world that schools will be independent in imposing whatever they like and ignore concerns of parents? It is unfortunate that education sector is working as a money making machine providing little relief to poor segment of the society.

The newly-found excuse by school owners to blackmail the PSRA in the name of giving schools to NGOs will never work as parents have celebrated the establishment of authority to keep check on the private schools. By leveling such baseless charges against the government, the private schools association is trying to deviate the attention of parents and stakeholders from the real issue of frequent increase in schools fees which is making quality education inaccessible for middle and lower middle class of the society. The parents should not pay attention to such allegations rather they should challenge the monopoly of the private schools and make them accountable for everything they have stake in.

The PSRA has also directed to the private schools to cooperate with the newly established Halal Food Authority in order to ensure provision of clean and healthy food to students inside these schools. Selling of food in restaurants, canteens and shops built inside these private schools is also a sources of income for the owners of these institutes. However, the quality of food is always compromised which creates serious health issues for many students. Now the officials of food authority is expected to make surprise visit to different schools and ensure that healthy and hygienic food is provided to students.

The PTI led government in Khyber Pakhtunkhwa must be appreciated for its bold decision of establishing the first ever Private Schools Regulatory Authority despite having opposition form its own ministers and MPAs who are running networks of private schools across the province. This will not only give relief to millions of parents but also promote education in the province.

It is important for parents to stand up for their rights and support PSRA in regulating privates schools in the province.