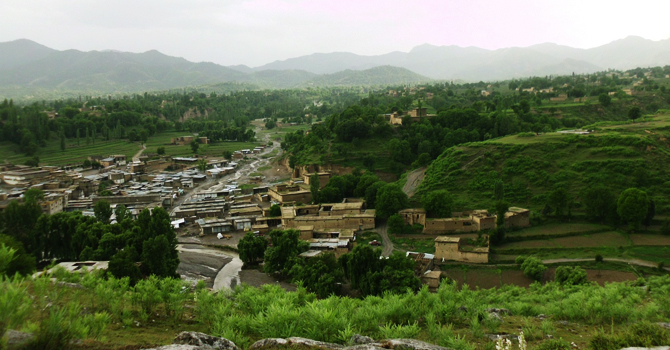 BARA: The land link between Khyber and Kurram tribal districts has been cut off after a contact bridge collapsed in Lozaka Darra area of Bar Kambarkhel in Tirah valley of Khyber district.

Local sources said the wooden bridge collapsed when a vehicle was passing over it. The bridge was already in dilapidated condition and it was further weakened due to recent heavy rains in the area. However, the vehicle miraculously remained safe during the bridge collapse and no casualties occurred.

The area people said that Lozaka Darra, Manray Kandao, Haider Kandao and Bar Kambarkhel areas are cut off from Sadda Bazaar of Kurram tribal district. Due to disconnection of land route, supply of food items has been suspended and people are facing many difficulties.

The elders of the area have demanded the elected members of National Assembly and Khyber Pakhtunkhwa Assembly from the area to take steps for construction of the bridge to end the difficulties of people. They said they will stage protest against the sitting MNA and MPA in Peshawar if they did not take concrete steps for construction of the bridge.

Recent spells of heavy rain caused damages in some parts of KP and tribal districts. According to the Provincial Disaster Management Authority (PDMA), at least 13 persons lost their lives, while 29 others were injured across KP in torrential rains during the last five days.

The PDMA report is based on the damages caused by floods and rain-related incidents in all the districts of the province. The deceased also include five children and a woman. Three deaths were reported from Buner, three from Shangla, five from Mansehra and one each from Abbottabad and South Waziristan. The report further stated that as many as 29 persons were injured while 27 animals also perished in rain-related incidents in the province. Similarly, nine houses have also been fully damaged while 16 houses were partially damaged during torrential rains. The PDMA report said that a total 10 districts were declared rain-affected.

On Monday, three people of a family, including father, son and nephew, died when the roof of a mud-made house collapsed in Mansehra.