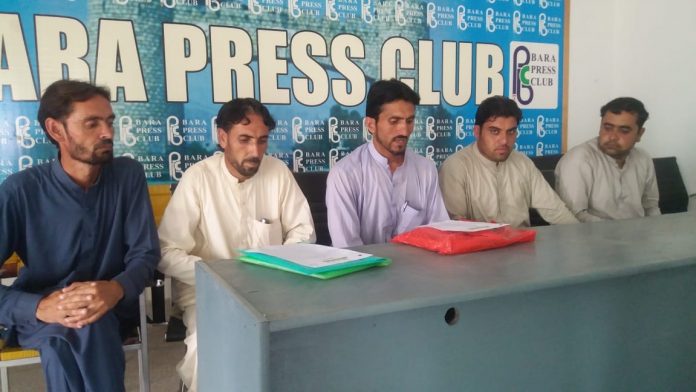 BARA: Private schools teachers association in Tirah, a remote area of ​​Khyber District, has announced to boycott teaching duties due to failure of the government to fulfil the promise to make their services permanent and provide them job security.

The announcement was made by Fazal Badahah, general secretary of Tirah Maidan Schools Association at Bara Press Club along with other colleagues at a press conference on Thursday. He said that after the 2013 operation against militants in Tirah valley, when the area was cleared, teachers have started providing educational services in the war-affected areas on the promise of civil and military administration that they would be posted on a regular basis and would be provided complete job security.

However, 6 years have passed and the government has not yet fulfilled its promise and we have not been made permanent, said Fazal Badshah. He added that most of the population of the area is extremely poor who cannot even afford to send their children to schools. Therefore, he added, due to poor financial condition, they cannot charge fees to the children and they are providing duty-free education for such a long period of time.

The general secretary of Tirah private schools association further informed that there are a total of 220 teachers in 27 private schools in Tirah who are teaching up to 12,000 students. He lamented that due to their boycott, thousands of students will be deprived of getting an education in private schools.

Fazal Badshah alleged that there were 36 public schools built in Tirah valley, where only 7 teachers perform duty. He warned that if the KP government does not take practical steps to address their demands by October 01, then students, parents and tribal elders will hold a protest in front of the Governor House and chief minister House in Peshawar for their demands.