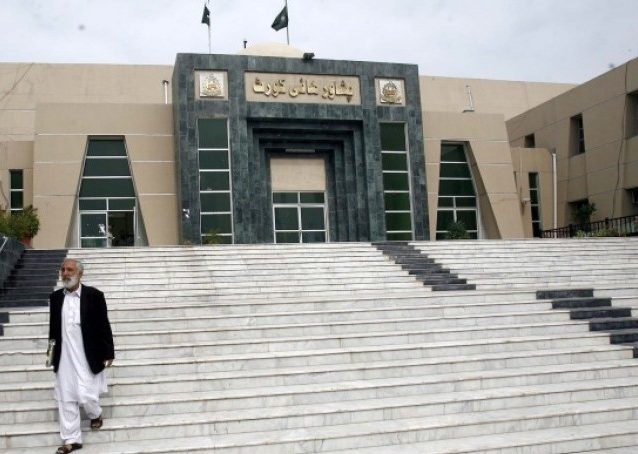 PESHAWAR: The Peshawar High Court (PHC) has ordered the federal secretaries of defence and finance, KP secretary law and order and Peshawar commissioner to appear in person in the petition of victims of Tirah Valley bombing.

The bench ordered that all the summoned officials will be indicted for committing contempt of court by not releasing compensation to aggrieved family despite several orders of the high court and Supreme court.

The order was issued by Justice Ikramullah Khan and Justice Mussarat Hilali while hearing a petition filed by Khan Wali as the federal and KP governments failed to pay compensation to his family, whose six members were killed in the bombing by Pakistan Air Force (PAF) over four years ago.

Next date for hearing the case will be fixed later.

Advocate Hashim Khan Mengal appeared for the petitioner and stated that his client’s home has been bombed Tirah valley in 2014 during which six family members of the petitioner including his wife and five children were killed and his residence was destroyed.

He contended that despite clear directives given by the superior courts, the federal and provincial governments were using delaying tactics. He added that the petitioner was then suffering from some mental ailment.

The additional advocate general, who was present in the court, disputed the claim made by the deputy attorney general and said that there was no such communication made between the federal and provincial governments under which the compensation had to be made by the latter. He added that the provincial government had not received any amount from the federal government in the instant case so as to onward pay it to the petitioner.

The bench observed that the high court and Supreme Court of Pakistan had in clear terms ordered the government to pay diyat money to the petitioner. It was observed that by violating the courts orders the relevant officials had been committing contempt of the court.