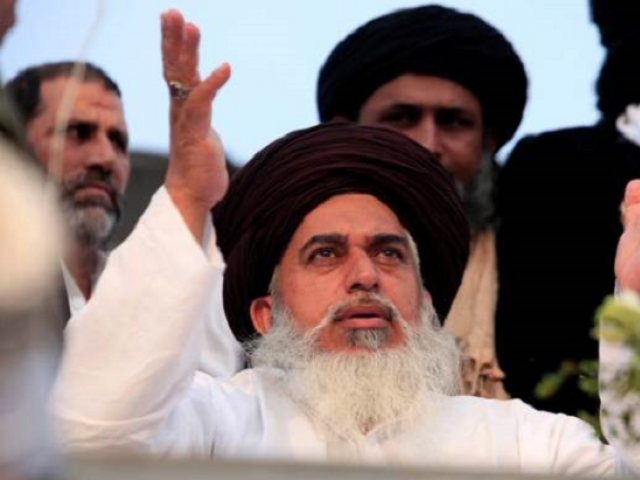 PESHAWAR: Police arrested the chief of Tehreek-e-Labbaik Pakistan (TLP) Khadim Hussain Rizvi from his residence in Lahore on Friday night.

The TLP chief has been arrested ahead of a protest call by him for tomorrow (Sunday) in Liaquat Bagh, Rawalpindi. Media reports said the TLP activists have initiated protests in Lahore, Karachi and other parts of the country over the arrest. There were reports that protesters clashed with police in Karachi and many of them have been arrested.

Few days ago the TLP activists staged countrywide protests against the verdict of the Supreme Court to release Aasia Bibi, a Christian woman on death row since 2010, acquitting her of blasphemy charges. The protests ended after the government and the religious parties reached an agreement. Public properties were damaged during these protests after which cases were registered against TLP activists.

Meanwhile, Information Minister Fawad Chaudhry said Khadim Rizvi has been taken into “protective custody” after his refusal to withdraw its call for protest on November 25.

He insisted that the arrest has to do nothing with Aasia Bibi case.

“The TLP has become a continuous threat to the life and properties of the citizens and is doing politics under the guise of religion… the situation is fully under control, people should remain peaceful and fully cooperate with authorities,” he said in tweet.

He said the state is responsible to defend finality and respect of the Holy Prophet (Peace Be Upon Him). He said law shall take its course and it cannot be left to individuals.

The family members of the TLP chief have confirmed his arrest and said many other leaders of the party have also been arrested.