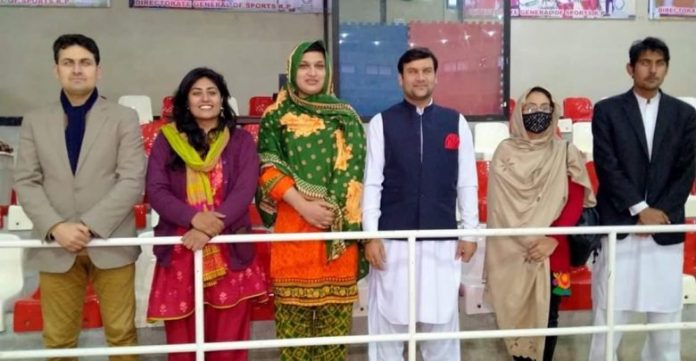 PESHAWAR: The first ever election of Khyber Pakhtunkhwa Broadcasters Forum was organised at Qayyum Sports Complex in Peshawar on Saturday.

A large number of radio journalists working for state-run and private channels used their right to vote in the election. The first ever transgender host of a radio programme, Sobia Khan was elected as culture secretary in the Broadcasters Forum cabinet.

The election committee member Nizamuddin said the election process started at 11:00am which continued without break till 03:30pm in which about 200 members used their right to vote. He said it was first time that people working in different departments of radio channels elected their representatives. He said the Forum will work for betterment of radio journalism.

Sobia Khan, who hosts a programme of Radio TNN, said it was an important event for people associated with radio journalism. She said transgender persons like her will now get more opportunities and exposure to host radio and TV programmes. She said the election process was transparent and she was happy that all colleagues responded well to her request for vote. She said she convinced her voters with her agenda of positive journalism and resolution of problems faced by the people working in the medium.

Afsarul Mulk, who is hosting current affairs, cultural and other programmes in radio, said there are different associations in the country for protection of rights of people associated with different fields of media. However, he said, there was no such forum for radio workers where they could gather on a single platform and work for their rights and betterment of the medium.

To a question, Afsarul Mulk said there is no doubt that the broadcasting standard was affected due to influx of FM radio stations. He said the main reason behind this is lack of training of people working with FM radio channels. He said the Broadcasters Forum will work to overcome this problem and arrange trainings for radio workers.