Home Features & Interviews To the brink and back: tale of a female meth junkie from...
Facebook
Twitter
WhatsApp
Linkedin
Email 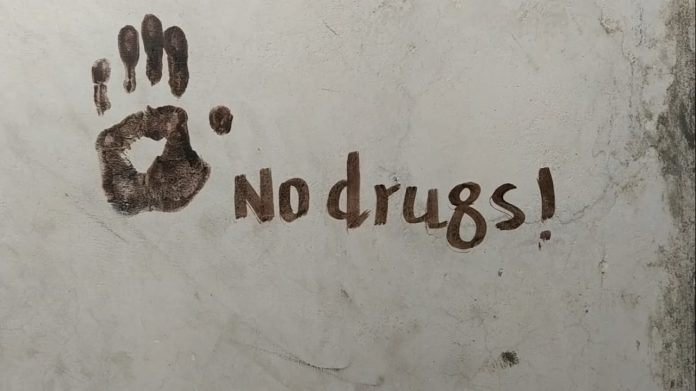 Saima Bibi, a resident of Mingora area of Swat, remained in a delirium like state without eating, drinking and sleeping after she first got hooked on methamphetamine.

She lost her appetite, stopped paying attention to her two years old child and locked herself in room to isolate her from family members following taking meth. Though this was not the end; rather, she gradually turned into a meth junkie.

“When I had no met, I grew very angry, felt excruciating body pains and did not talked to anybody as the addiction made me hate all,” Saima Bibi (not her real name) said.

She said that this drug damages body and bones. However, added that not only meth also known as ice was dangerous; rather, all drugs were.

She was admitted at the Naway Jwand Rehabilitation Center in Rahimabad, where her condition improved after month long treatment and psychological therapy.

Saima told TTN that there were several women among hundreds of meth junkies.

“It is my humble request to all women to keep themselves and their children away from drugs,” Saima said.

A United Nation survey dating back to 2020 states that Pakistan has more than six million drug users. A official of Anti-Narcotics Force in Swat while requesting anonymity said that the number of addicts in district was on the rise.

There are thousands of addicts hooked on of crystal meth and heroin in the country while number of those hooked on charas runs into million.

In addition to this, a large number of people were addicted to sniffing glue, tranquilizers, mixture of cough syrup and soda water, opium and sedatives.

Hina Zubair, a psychologist working in Naway Jwand Rehabilitation Center said that the meth was usually taken to speed up brain and enhance body activities.

“It keeps you awake for two-three days without feeling tired, sleepy and hungry,” she said, adding that addiction leads to serious health issues and even death.

She said that these days, due to availability of ice, people addicted to other drugs hooked on meth. She said that students at universities and colleges were using this drug as stimulant to keep themselves alert. “This is very serious and would ultimately push them into an abyss,” she said.

“This is very common that women these days sedative drugs (injections),” she added.