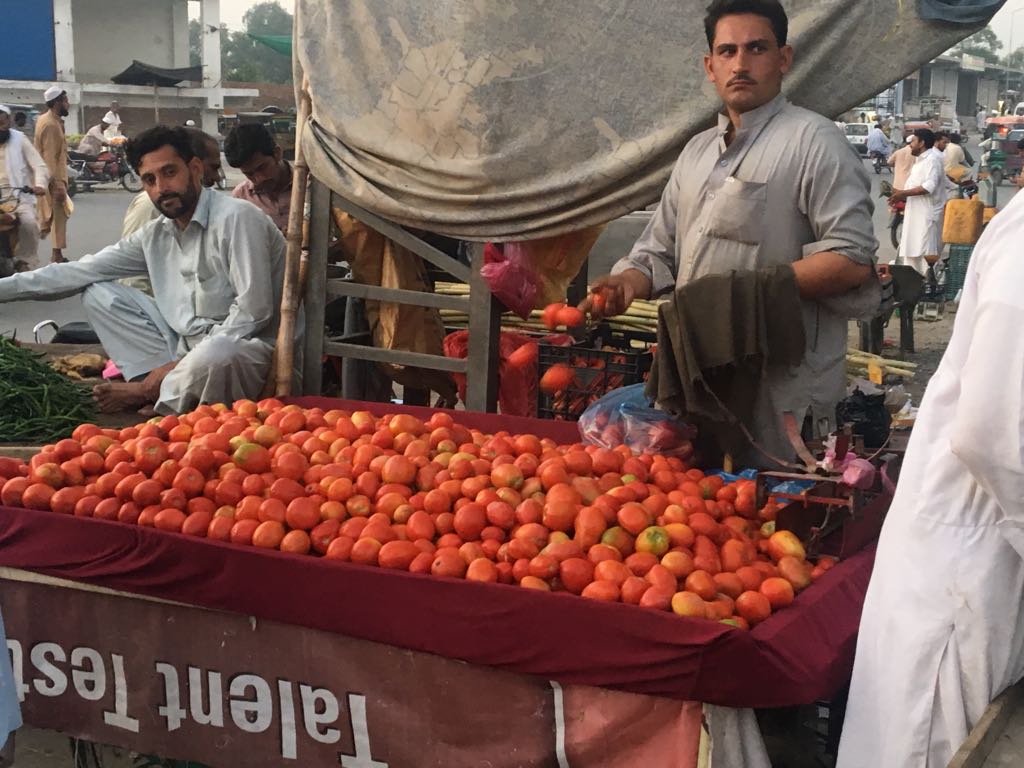 PESHAWAR, 28 September: Following fall in production of tomato and onion and import from Afghanistan and India shoot up prices of the commodity in Khyber Pakhtunkhwa.

According to vendors, prices of the commodity was on rise with each passing day making it impossible for poor to purchase it.

Talking to Tribal News Network, vendors including Sabir Shah said that supply of the commodity to vegetable markets has been fallen since last several days due to which its prices reached to Rs200 per kilogram.

Commission agents at the Mardan vegetable market Jamal Hoti said that they would imports tomato and onion from Afghanistan last year to keep balance between supply and demand.

“But this year, the government has imposed a ban on import of the commodity from India while production in Afghanistan has too fallen due to unknown reasons,” he said.

He said that crop of tomato and onion would be ready in mountainous regions and would be available at local markets in few days that would lead to fall in its prices.