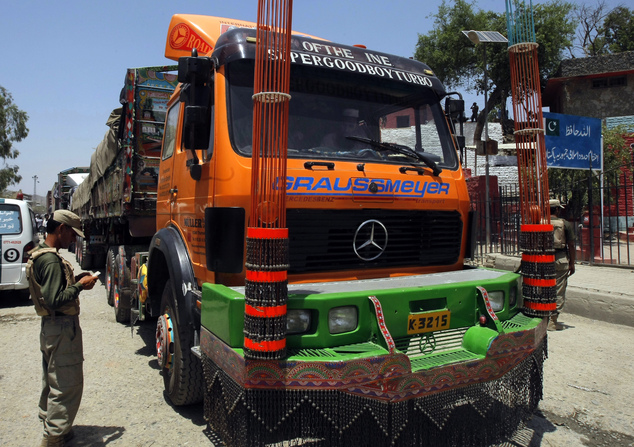 LANDIKOTAL, 09 March: Pakistan border authorities on Thursday allowed more than 170 vehicles to cross over from Afghanistan into Pakistan. Hundreds of thousand vehicles had been stranded at the both side of the Torkham border crossing because of Pakistan have been suspended the border for transporting commodities and vehicle movements.
According to officials, 170 vehicles transporting minerals were allowed to come across to Pakistan.  Officials further said that the vehicles were cleared before sealing the border. The crossing points at Pak-Afghan border were sealed after a wave of terrorist attacks that claimed more than hundred lives in Pakistan last month.
However, other trade activities and vehicles, either empty or loaded with import and export items, has been suspended at both sides for last 21 days.