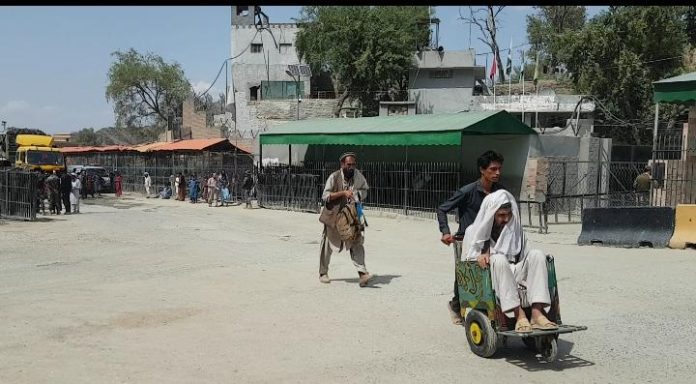 TORKHAM: The Pak-Afghan border at Torkham has been opened for pedestrians from both sides after which a large number of people have started movement to both countries.

Official sources said the border was closed by the Taliban officials for pedestrian movement on Monday, but it was reopened on Tuesday. Through the Torkham border, now citizens from Pakistan are making free movement to both sides.

The people arriving to Pakistan from Torkham border will have to undergo coronavirus test. Other standard operating procedures (SOPs) regarding coronavirus will also be observed at the border crossing. The patients coming from Afghanistan for treatment in Pakistani hospitals have also been granted special permission.

Although the Afghan Taliban government had banned pedestrian movement on Monday, but goods vehicles on both sides were allowed free movement for trade activities. Due to border closure, people from both sides, particularly the labourers, were facing difficulties.

Assistant Commissioner Landikotal Akbar Iftikhar said the Afghan citizens are not allowed to enter Pakistan via Torkham border from June 16 under the coronavirus SOPs. Thousands of Afghan citizens used to come to Pakistan via Torkham border for trade activities and medical treatment, but they were stopped due to which they faced a lot of difficulties.

On June 16, the National Command and Operation Centre (NCOC), the main decision-making body regarding coronavirus situation in Pakistan, had decided that only Pakistani citizens can enter Pakistan via Torkham border with coronavirus SOPs. The entry of Afghan nationals through the border was banned.

However, the transit trade and other activities at the border continued.

Afghan citizens say the journey to Pakistan via Torkham border used to be an easier thing during the Ashraf Ghani era, but now restrictions have increased at Torkham border and people had to come to Pakistan through Chaman border with great trouble as it consumes a lot of time and causes huge travel expenditure.