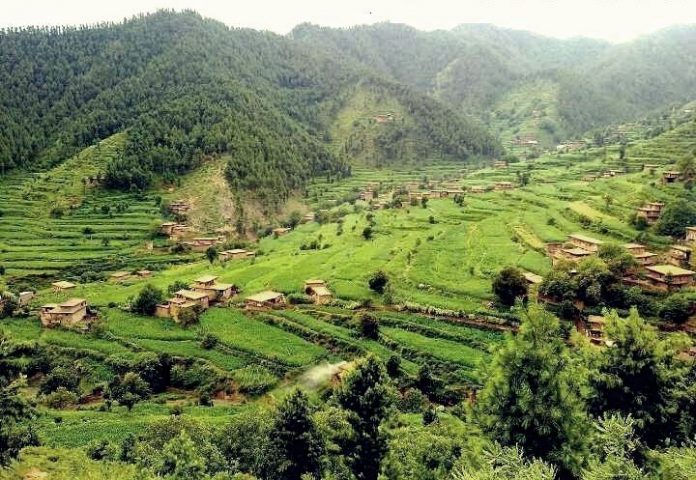 PESHAWAR: FATA Development Authority (FDA) had conducted a survey in tribal districts few years ago to identify suitable sites for promoting tourism. Twenty-five sites were identified in seven tribal districts which could be turned into tourist destinations with little focus.

After merger of erstwhile Fata with KP, the provincial government has initiated efforts to promote tourism in tribal districts like other parts of KP. The KP government has identified 25 locations in different parts of the province where special steps will be taken for promotion of tourism. These sites also include Samana area of Orakzai, adjacent to Hangu, and a site in Kurram district. The KP government has also expressed its intention of giving tourism the status of industry in merged districts, which lagged behind in development in the past.

Dilawar Wazir, social activist from North Waziristan, said while talking to TNN that tourists from all parts of the world will come to tribal districts if the government provides facilities for tourists and security situation is further improved. He says local hotels, parks and bazaars will get back to life and area residents will get jobs.

He says: “Increased tourism activities will improve social contacts. The image of our areas will get further boost if they keep good behaviour with tourists. Tourists coming to tribal districts must also respect local traditions and culture.”

Mazahar Danish, a student from Orakzai, says while talking to TNN that there is huge tourism potential in tribal districts, but people remain reluctant due to lack of roads, hotels and other facilities.

He says: “Merged districts have great tourism potential, but many people don’t come here due to lack of hotels and other facilities. Tourists will come to tribal districts from Europe if facilities for them are improved. It will boost local economy.”

Gul Rukh Bibi from Orakzai district says men have the facility to visit tourist places during Eid and other occasions, but women don’t get permission to visit such places due to tribal traditions. She says the government must set up separate parks and tourist places for women.

She says: “Women cannot enjoy the tour due to presence of so many men at tourist sites. The government must set up separate tourist places for women or days should be specified for women to visit tourist sites. Women also want to enjoy the scenic beauty and they must go for tours.”

Unlike Gul Rukh Bibi, Nageena Bibi from Parachinar, Kurram, is satisfied with local traditions. She said while talking to TNN that she went to tourist sites with male members of the family during Eid days and thoroughly enjoyed the tour.

Thousands of tourists came to the picturesque Tirah-Maidan valley during Eid days after a gap of many years due to improvement in law and order situation.

Janab Gul says: “Tirah has more tourist attraction from any other place due to attractive streams, mountains and lovely forests. Water of Tirah is not less than a tonic. A large number of tourists came to Tirah-Maidan during Eid days and enjoyed their tour. Making inappropriate videos and dancing is against our culture and these things must be avoided. People of the area are hospitable and they will always welcome tourists to their Hujras if they respect local culture.”

She says: “Attractive streams flow in these areas which attract a large number of tourists. The government must pay special attention to promoting tourism in Kurram. So many tourists arrived in Kurram during Eid days which left the local people surprised about tourism potential.”

Jalal from Bara says many tourists came to Tirah-Maidan to enjoy streams, greenery and scenic beauty. He says Tirah has several tourist spots.

Dilawar Khan from North Waziristan says local people and tourists from Bannu, Lakki Marwat and Karak come to North Waziristan for tour. He says: “Razmak has special tourist attraction due to its lovely scenery. Areas like Shawal are good for tourism during summer, but the area is remote and transportation facility is needed. People want to come to Shawal, but cannot do so due to lack of facilities.”

Sadiq Hussain from Kurram says many tourists visited Kurram last year, and this year, the number was even higher.