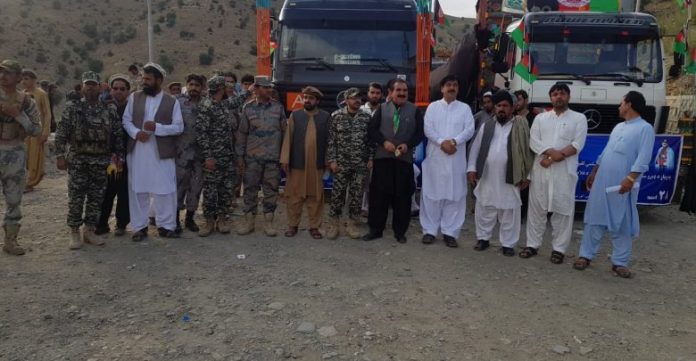 MIRANSHAH: Trade activities with Afghanistan through Ghulam Khan border have witnessed increase after restoration of peace in North Waziristan tribal district and the district administration officials are hoping for further increase in business in coming days.

Ghani Wazir, Tehsildar of Ghulam Khan, said while talking to TNN that the border was re-opened on March 9, 2018 and since then goods trucks are crossing the border from both sides and trade activities have resumed. He said that after closure of Torkham border, the local traders shifted to Torkham, Chaman and other areas to continue their business activities. He said these traders are now coming back to Ghulam Khan and re-opening their offices and shops.

Younis Khan, a vegetable trader, told TNN that he is very happy over re-opening of Ghulam Khan border. He urged the district administration, security forces and Customs officials to facilitate the traders and reduce the processing and clearance time for vehicles crossing the border. He said that the traders were facing no restrictions at Ghulam Khan border before operation Zarb-e-Azb. However, he said, now the clearance of a vehicle crossing the border costs from Rs8,000 to Rs21,000. He said taxes have been increased due to which the traders are facing difficulties.

Pakistan imports tomato, onion, potato, fresh and dry fruit and coal through Ghulam Khan border, while exports to Afghanistan include cement, rice, sugar and other items.

Transporters say only one person is allowed to cross the border with a vehicle. They said this condition must be relaxed to facilitate the traders.