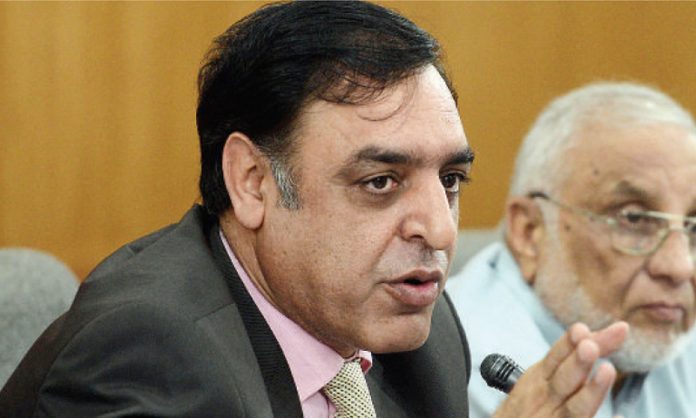 PESHAWAR: Former president of Sarhad Chamber of Commerce and Industry (SCCI) Zahidullah Shinwari demanded the government to provide a 10-year tax exemption package for the speedy development of the tribal districts.

Shinwari was speaking at meet the press program of Landi Koktal press club. “Tribal districts have great potential for investment in natural resources like the exploration of copper, granite, chromate and marble beside tourism, agriculture, hydel power projects and livestock,” said Zahidullah. The tribal areas need a package of 10-year tax exemption, he added.

Zahidullah Shinwari regretted that successive governments have not only kept the tribal region economically backwards but also imposed heavy taxes in the name of erstwhile Fata being a tax-free zone. “The former Fata had never been a tax-free region as the local administration would impose taxes on all items, even life-saving drugs when brought to tribal areas from other cities of the country,” he said.

The former SCCI former chief criticized the federal government for losing the Afghan market as all of their imports have now shifted to Iranian port. Shinwari, who is also director of Joint Pak-Afghan Chamber of Commerce and Industry, said that trade with Afghanistan should have been on government priority. KP is away from the sea, the only markets for the province are Afghanistan and central Asian countries but due to deteriorated condition, Pakistan and especially the province is not able to exploit all those markets.

Criticising the federal government for its flawed Afghan policy, the former SCCI chief said that Afghan market was unnecessarily lost to India, Iran and the Central Asian States as Pakistani exports to Afghanistan was reduced since the imposition of new border management policy at Torkham.

Shinwari said that local entrepreneurs always opted for investing outside Fata owing to imposition of various types of taxes and lack of basic infrastructure and incentives from the government. “If the government sincerely wants to develop tribal districts and encourage local people to invest in their own region, it should devise a proper regulatory framework and announce a comprehensive 10-year tax exemption package,” he said.