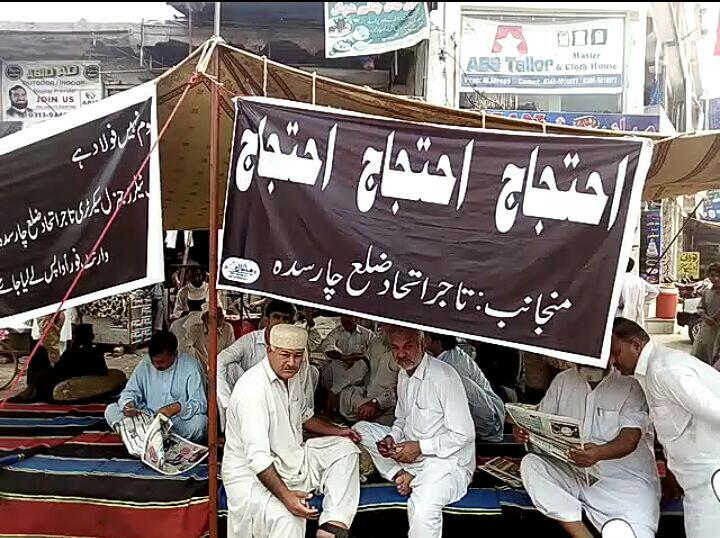 CHARSADDA, 24 September: Traders’ protest against the district administration entered into third consecutive day as the protesters continued their sit-in in the Farooq-e-Azam square here on Sunday.

The traders have been protesting against the local administration for imposing what they called “unjust” fines and issuing arrest warrant of the general secretary of the traders’ association.

Talking to TNN, traders’ association president Iftikhar Khan alleged that the local assistant commissioner had been harassing the local traders without any offence. “The officials of the local administration are extorting money from the traders,” he alleged.

The row between the district administration and the traders started after an assistant commissioner imposed fine on some of the shopkeepers one day before the Eid. During the crackdown, leaders of the traders’ association and the officials of the local administration had entered into a verbal clash, following which president Iftikhar Khan was arrested while the general secretary of the union Habibullah resisted arrest and managed to escape.

The traders also alleged that the assistant commissioner pointed pistol at them and threatened them of dire consequences, however, the official rejected the allegations.

They said that they would continue their sit-in till the cancellation of arrest warrants of their general secretary.