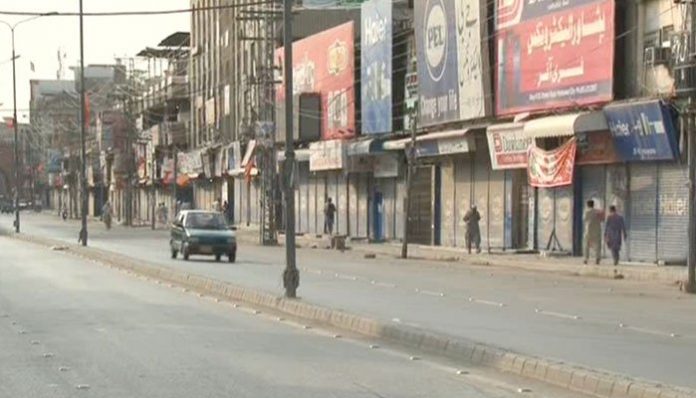 PESHAWAR: Like other parts of the country, traders in Khyber Pakhtunkhwa has also observed a shutter-down strike against the “harsh budgetary measures” asking the government to withdraw taxes imposed in the federal and provincial budgets.

The call for shutter-down was given by All Pakistan Anjuman-e-Tajran, last week, to press the government to take back hike in sales tax in budgets. In KP, Sarhad Chamber of Commerce and Industry (SCCI) also joined the shutter-down strike and announced that their factories will be closed on July 13.

Thus besides factories, In Peshawar, all the major markets including Saddar Bazaar, Peepal Mandi, Khyber Bazaar, and another business centres within the city were totally shut down to protest the imposition of taxes and inflation of essential commodities of daily use. In Peshawar, People have already suffered from Nanbais’ one day strike and that had made the district administration to accept their demand for increasing Roti price from Rs 10 to Rs 15.

TNN correspondents have reported that there was a complete shutter-down strike in Tank, Charsadda, Nowshera, Swabi, Mansehra, Abbottabad, Lakki Marwat,  Kohat, Mardan, Hangu, and all other major districts of the province.

The All Pakistan Anjuman-e-Tajran general secretary has claimed that the PTI government tried hard to divide traders, however, they’ve failed their efforts as all kind of business activities have come to standstill across the country against the “wrong policies” of the federal government.