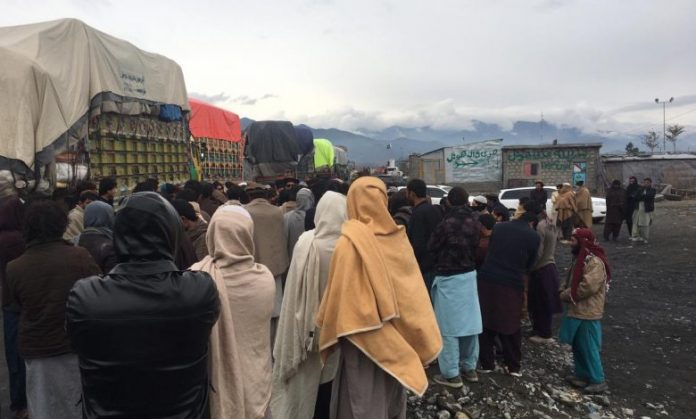 PARACHINAR: Trade is continuing on the Pak-Afghan Kharlachi border in Kurram tribal district, but the drivers and traders are facing difficulties due to frequently changing laws and regulations.

Traders, who are facing difficulties due to these laws, on Wednesday again staged a protest demonstration over the issue.

Kharlachi is an important trade route between Pakistan and Afghanistan which has employed a lot of people. Formal trade activities are continuing after establishment of proper set up by the National Logistics Cell (NLC).

Trade union leaders Zartaj Hussain, Adil Khan, Jamshed Hussain and others said the frequent introduction of new laws is causing problems for traders. They said online checking is declared mandatory for traders before crossing the border. However, they said internet and electricity is not available at Kharlachi border due to which they are facing difficulties in dealing with new formalities.

Drivers said they had to wait for several weeks for crossing the border which is a tiresome and almost impossible exercise. They said trade activities have been affected due to these “unnecessary” formalities. They said the vehicles are going out of order, fruits and vegetables are going stale and chicken are dying in parked vehicles due to long wait and traders are facing massive losses.

Traders said they will be compelled to stop their businesses if their problems were not resolved. They demanded the authorities to provide all facilities at Kharlachi border on the pattern of Torkham and other borders.

On the other hand, the border officials said they are working for facilitating the traders on Kharlachi border and their problems are being resolved on priority basis.

The government opened border gate in Kharlachi in July to facilitate the traders on both sides of the border. The border crossing was closed in March for bilateral trade after the outbreak of coronavirus.

Traders said Kharlachi terminal is the nearest to the Afghan capital Kabul which is a hub of travelling. They said the benefits of the border opening are quite visible. They had also praised the security arrangements for traders at the border terminal. However, they had demanded more facilities for traders like other borders.