PESHAWAR: For centuries, Pakhtun women have used local cosmetic. For instance, they have used “Ranje” for eyes, Hena (nakrizay) for colouring hands, feet and occasionally for hair colour. They used the skin of a tree called “Dandasa” for whitening teeth and colouring the lips red.

Though ‘Ranje’ and ‘Hena are surviving to some extent, it is ‘Dandasa’ which has lost the attractiveness after toothbrushes and toothpaste become common for cleaning and whitening teeth in urban as well as rural areas of our province.

Dandasa is a peel product from the walnut tree used for natural teeth whitening. It has been used for thousands of years in countries such as Afghanistan, Iran, and Egypt to clean and whiten teeth before toothbrushes and toothpaste where invented. Used as an alternative to the additives and chemicals present in most modern toothpaste, it keeps teeth bright white and gums strong and healthy.

It was a basic part of Pakhtun culture and traditions. It has also been widely discussed in Pashto folklore. But time is changing and so the old traditions. Now our Pakhtun women are more attracted to technically manufactured cosmetics. Now there is very little or no importance is attached to Dandasa. But there are still a number of shops and local cosmetics stalls but their sale has gone down over the years. 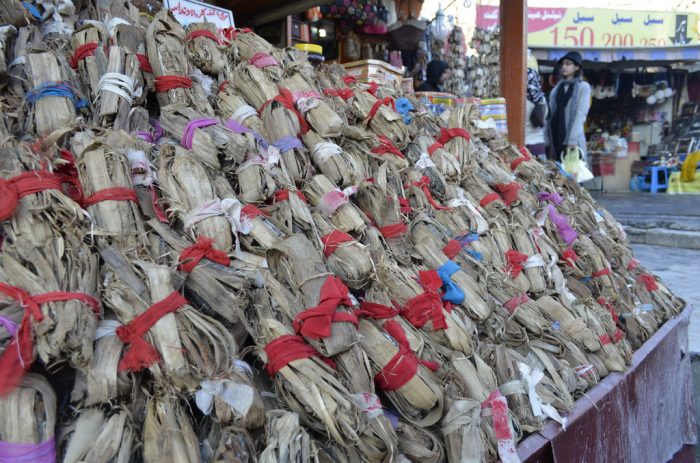 “For the last couple of years, there has been a huge reduction in Dandasa sale,” Umar Ali who deals in Dandansa business  told TNN. The 25-year-old Umar added that in the past people would take Dandasa and other local cosmetics to villages from cities, but now people rarely asked for it. According to Umar, they would use to bring Dandasa from Parachinar, as well as from Chitral, Buner, Swat, and other hilly areas of the province as it was a basic part of the celebration of their happy occasions.

According to Anila Nayab, a young woman from Peshawar, now there is a variety of toothpaste in the market which are also easy in use. But natural dandasa is more effective than toothpaste. “Teeth remained white even for three days as compared to the use of toothpaste,” said Nayab. That is why, Nayab said, she is using both the products together for health teethes.