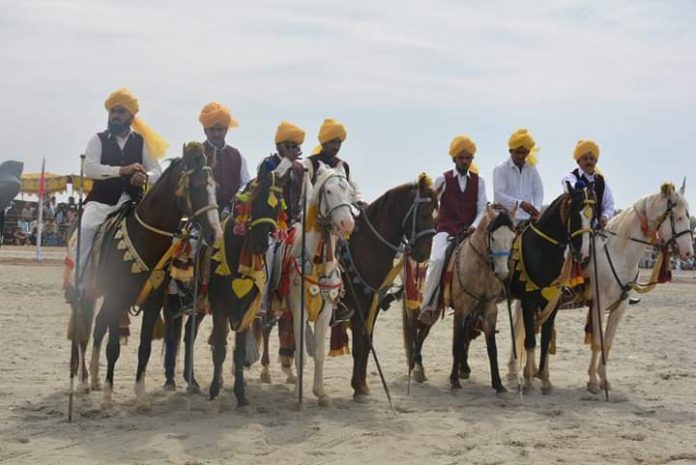 TANK: Three-day traditional spring celebrations organized by Khyber Directorate General of Sports in Tank and Dera Ismail Khan districts concluded on Monday. The festivals were aimed to provide healthy entertainment to the people of both districts who suffered enormously during the decade long insurgency and militancy across the region.

The festivals, in Dera Ismail Khan district was organized  at Chodhwan a sub-town in its north-west, while in Tank district  the festivity of the festival “Jashn-e-Daman was enjoyed  by the people most of them youngsters and  children at an abandoned  airbase of the Civil Aviation, known as “ Jahaz Ground” at the corner of the city  .

On the first day, Urdu, Seraiki and Pashto poetry was presented, National Anthem by the school and college children, cultural show, skits and firework were the main items of the festivity being enjoyed by the people.

Commissioner Dera Javed Khan Marwat, Col Altaf Baloch District Nazim Tank Mustafa Kundi, Sports Officer Raziullah Khan, Asif Nawaz Gandapur Assistant Sports Officer in their address to the conclusive ceremony highlighted the event’s objective. They said that the holding of the festival was aimed at to provide the people of the District with healthy entertainment, who have faced through worst times due to militancy in the region in the past.

They affirmed their commitment to celebrating spring every year with enthusiasm and zeal. The speakers also on this occasion lauded the unprecedented sacrifices rendered by the security forces and law enforcers for the restoration of peace and purging area of the crime and militancy.

In Dera Ismail Khan the Festival was organized under the aegis of the district sports department. The Sector Commander (Pak-Army) Dera Rau Imran Sartaj,  Regional Police Officer Dera  Syed Feroz Shah and other senior functionaries spoke on the final day celebrations ‘ end and gave away prizes to the winners and runners-up of different competitions of the festival.

Cash prize distributed among the winners.