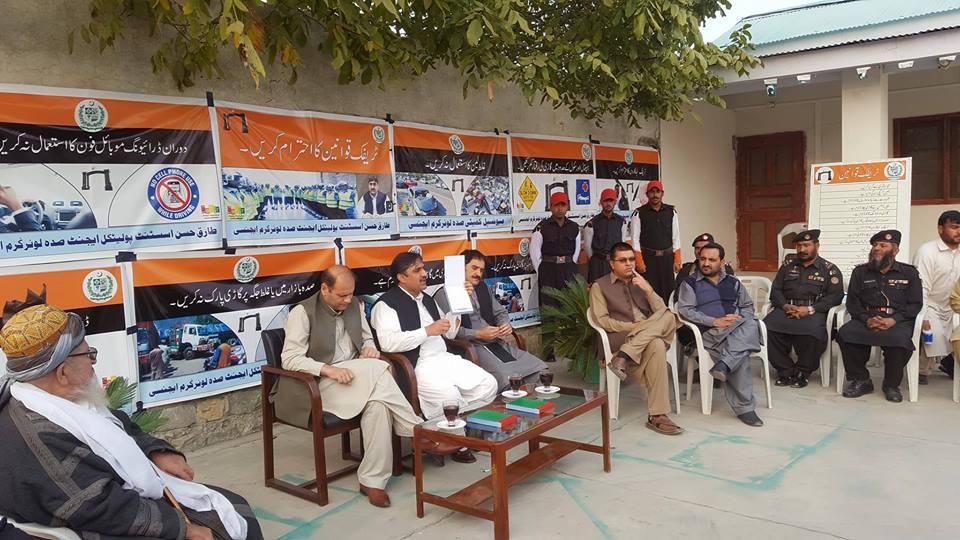 PARACHINAR, 5 November: The political administration of Kurram Agency has introduced traffic laws for the first in tribal areas to regulate traffic.

A ceremony was held with Assistant political agent Tariq Hassan as the chief guest where he announced that proper traffic laws have been implemented.

He said that the traffic police would be trained and deployed in areas with traffic rush and impose penalties for violation of traffic rules.

He said that awareness drive would be launched in the agency to aware people about traffic rules and its importance.

Talking to Tribal News Network, he said that the ban would be imposed on driving of people below 18 years of age.

He said the laws would help reduce road mishaps and would help manage traffic rush.