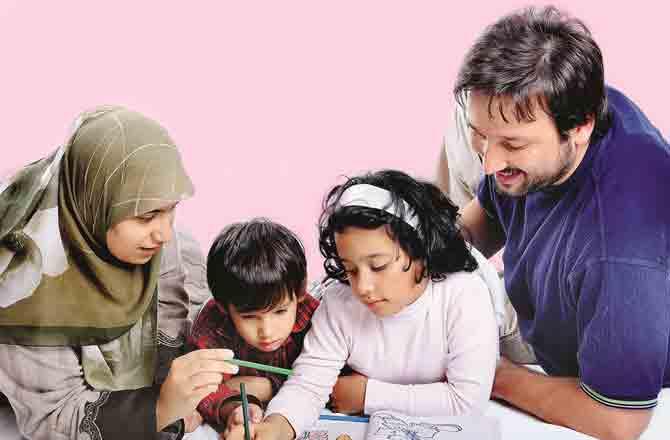 PESHAWAR: Child-rearing is a difficult subject, and it is important to recognise what issues can be addressed to properly train youngsters.

When it comes to phrase rearing, the image of a responsible person or family guardian begins to swirl in the mind and the eye that is watching the child’s activities as soon as one hears it. In this aspect, the guardian’s role is more visible than a child’s.

“Every one of you is a custodian, and every one of you will be interrogated about people under his supervision,” Prophet Muhammad (Peace Be Upon Him) said. As a result, it was established that the child has a distinct and transparent personality during childhood and that the same things are imprinted on his heart and mind regardless of the environment in which he is raised. Parents sometimes adore their children unwittingly do inappropriately, and rude things that have an impact on the child’s morality, and the result is that the child learns from what he sees.

With great regret, I must reflect on Pathan society and move on to a very distressing discourse that has frequently been observed in Pakhtun households, in which illiterate moms use abusive and unsuitable words in front of their children, unknowingly destroying the child’s psyche. Childhood is a period of both decline and progress.

In some ways, training the parents is more important than training the children. It has frequently been noted that children use filthy language in the streets that they are even unable to comprehend.

This brings us to the major subject, which is the home environment, or what constitutes a home setting. From both mother and father! What do you think the youngster will learn if these same families are always fighting and abusing each another?

The woman is shouting over the other children while carrying one youngster in her lap. The father is yelling and beating his wife in front of the children, and the mother is also enraged and smacking the child at the same time. The child’s first thought is that his mother is abusing him and that he is being beaten. Hitting the child all the time, beating the child over and over, makes the child immune to such things, and then one day it doesn’t matter how hard you strike the child, the child is straight.

Mothers used to recite the Holy Quran while laying their children on their laps, speak sweetly to their husbands, and consider aggressive words to be disrespectful and shameful. Sheikh Saadi, Muhammad bin Qasim, Abdul Qadir Jilani, Sultan Ghaznavi, and Salahuddin Ayubi were the children of these mothers.

I believe that today’s parents require education. Parents must adjust their behaviour and attitudes, get rid of dishonesty, lies, deception, wrath, abuse, and fighting, and then raise their children to become the finest persons in society.