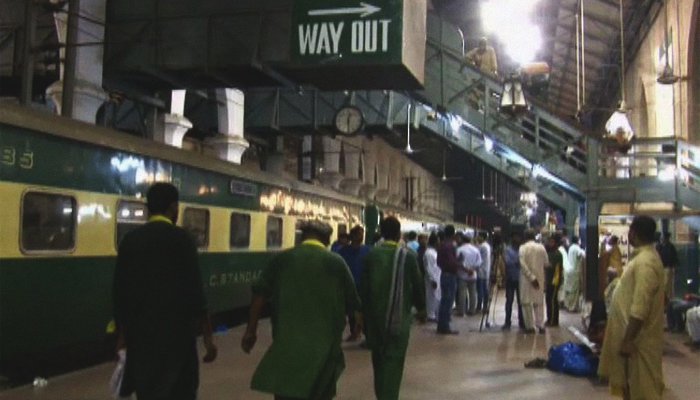 PESHAWAR, 23 July: Like other parts of the country, all trains have been stopped in Peshawar after a strike from the Train Drivers Association in favor of their demands.
Passengers landed into immense trouble as railway drivers went on a strike over non-fulfillment of their demands. The train drivers claimed that their demands are not fulfilled.
The train drivers have displayed banners at Peshawar Railway Station for increase in their salaries and other demands. The incoming trains suffered several hours of delay due to drivers’ strike.
Railway drivers while disrupting the entire system stopped the operations of trains. Awami Express to Karachi and Jaffar Express to Quetta was also delayed due to the drivers protest.
Later, the Railway Department arranged alternate drivers and the trains left for Karachi and Quetta.
The train drivers have demanded the authorities to provide them mileage allowance, reinstatement of suspended collegaues and up-gradation of pay scale.
In the aftermath of the strike, railway authorities in a bid to control the situation arranged for alternative drivers and restored the operation.