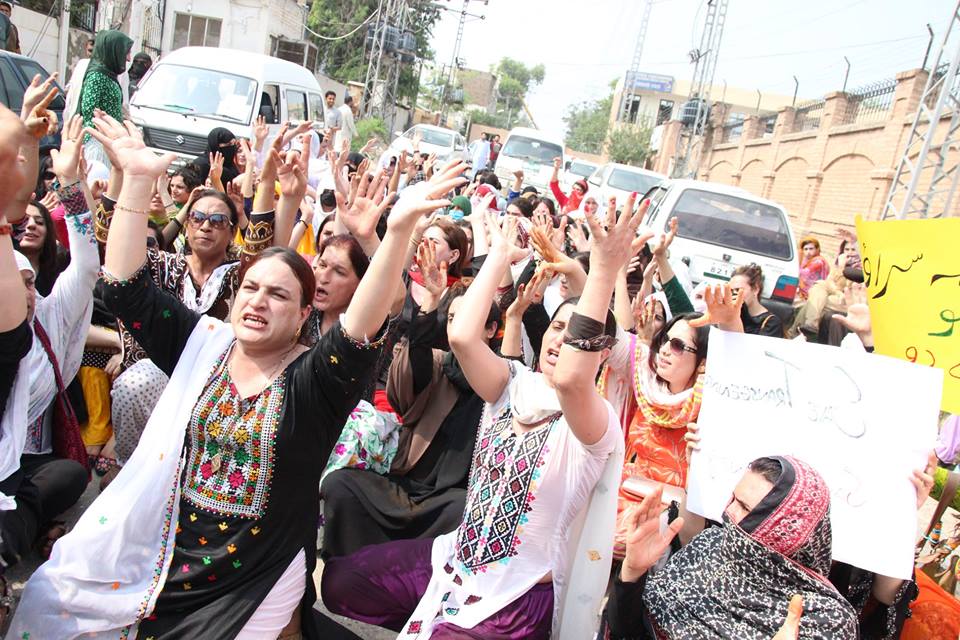 PESHAWAR: Transgender people on Monday staged a protest demonstration against targeting of their colleagues with impunity and accused the provincial government and police of failure to protect them.

Demanding protection, the protesting transgender people chanted slogans against the police and said they had failed to protect their life and property.

The protesters gathered outside Peshawar Press Club were holding banners and placards inscribed with demands for proper legislation for their protection and provision of their rights.

Talking to TNN, provincial chief of TranAction, organization that works for transgender people rights, Farzana Jan said that Khyber Pakhtunkhwa government was not interested to make legislation while police failed to protect them.

She complained of police non-cooperation on part of police when it comes to reporting of an accident and registration of complaint against anyone.

“We are being targeted continuously as 62 transgender people have been killed thus far in K-P since 2015,” she lamented, adding that they were being tortured and killed for keeping people happy and performing at their functions.

Few days ago, a transgender person identified as Nasir was tortured to death and then mutilated her body was found in Peshawar. The culprit was arrested but cases of trans-people persecution go on unchecked.

The protesters demanded of the government to appoint a focal person for transgender people and implement policy that has been drafted for welfare of the community but awaiting implementation. 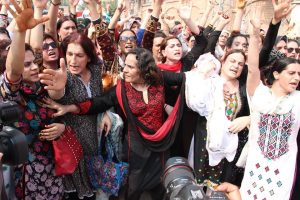 They also demanded of the government to set up endowment fund for them and urged to impart proper training to police and concerned departments to enable them properly deal transgender people and women cases.

Considered as a soft target, abuse, torture, ban on their performance in functions and target killing of the transgender people go on unchecked in Khyber Pakhtunkhwa. Besides, they have been banned from performing in functions in Bannu, Mardan and Swat depriving them of their means to meet both ends meet without providing an alternative.