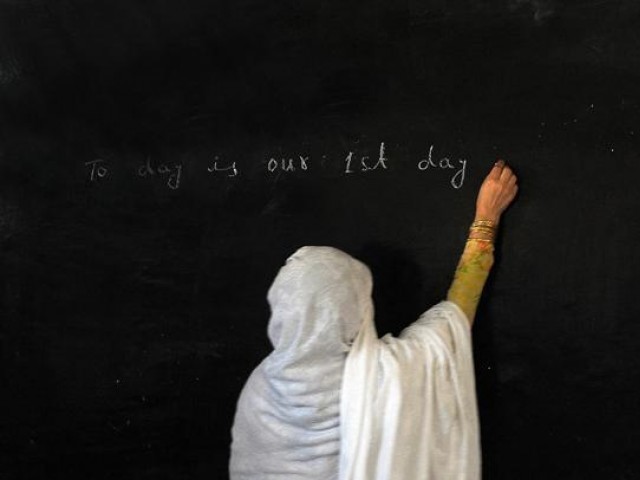 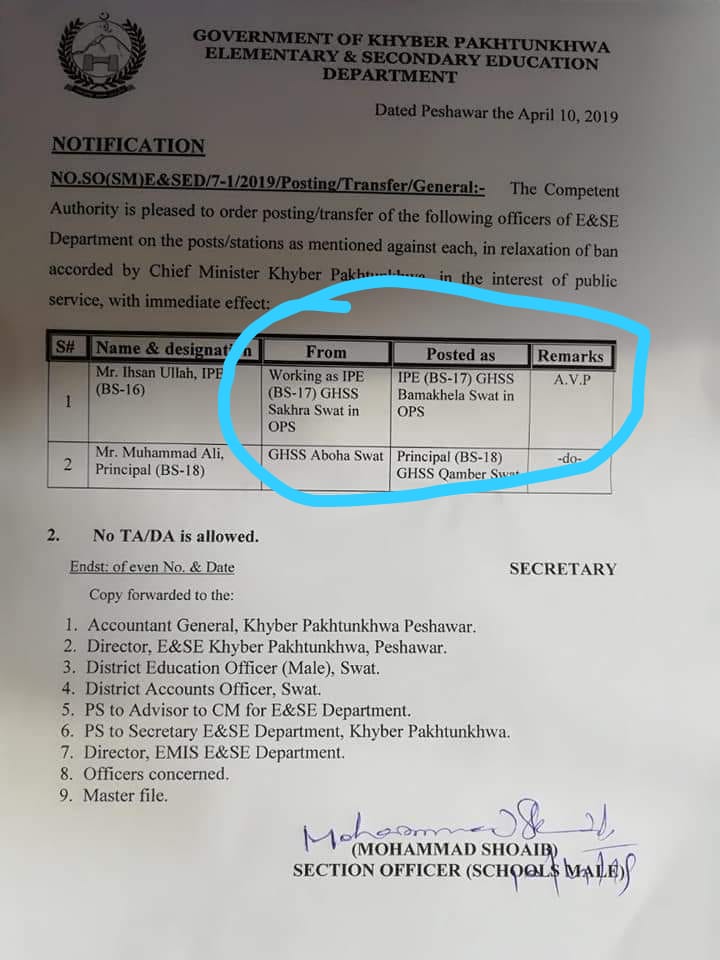 A lady teacher told TNN on condition of anonymity that a female teacher from Girls School Nelavi, Adezai, has also been transferred to Girls High School Ijazabad, Gulbahar.

Another transfer letter shows that that SSTs Azra Bibi and Shakeela Parveen have also been transferred from Government Girls High School Singor, Chitral. 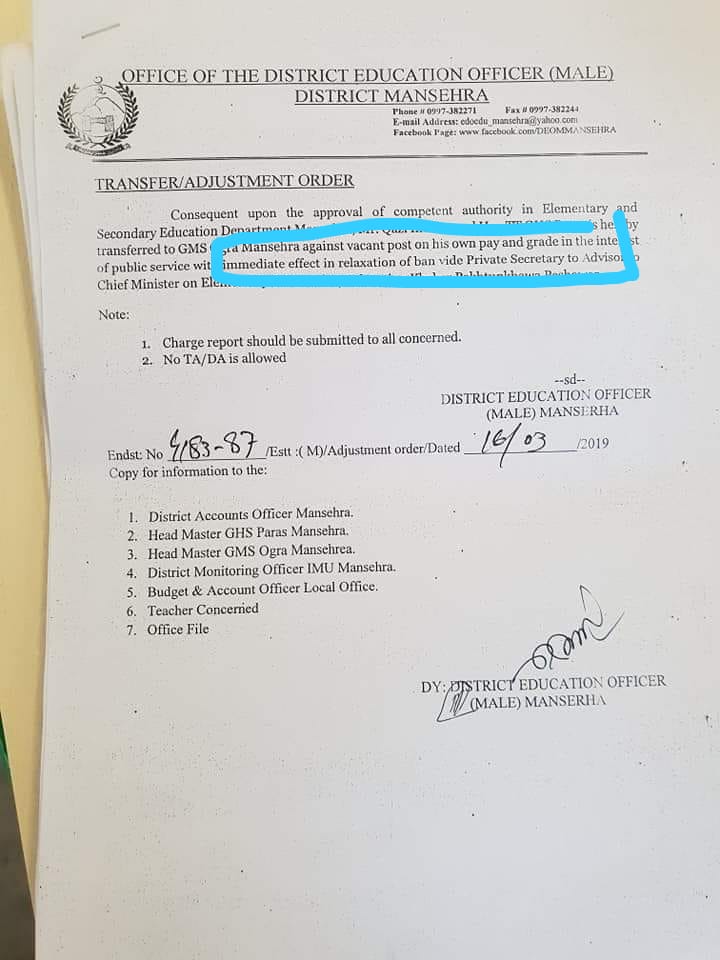 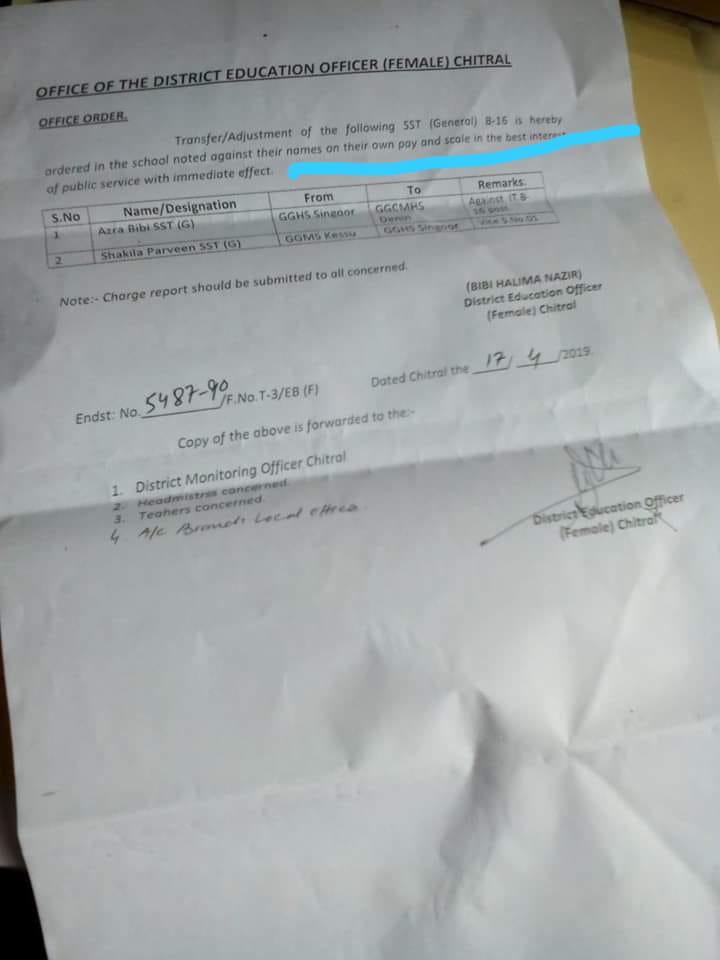 On the other hand, some female teachers have complained that they did not get transfer even after spending 10 years at a school or even more. They complain that they could not get themselves transferred as they don’t have reference and can’t afford to pay bribe.

The appointment orders of primary school teachers were also issued in Peshawar in March and over 300 female teachers have joined their duties in their respective schools. Under the rules, appointments of PST teachers are on union council basis. However, the Education Department decides for itself the posting of teachers on available vacancies and the choice of students is often disregarded. Same is the case in the present appointments as many new PST teachers have been given posting in villages far from their residences due to which they are facing difficulties.

Two newly-appointed PST teachers told TNN on condition of anonymity that they would have been comfortable had their posting made in their own village or even neighbouring village, but they have been posted in villages far away from their residential addresses. They said many other PST teachers of other union councils are confronting similar problems. Now they cannot get themselves transferred to other schools as they have been appointed on one-year ad-hoc basis and transfer can only happen after their regularisation.