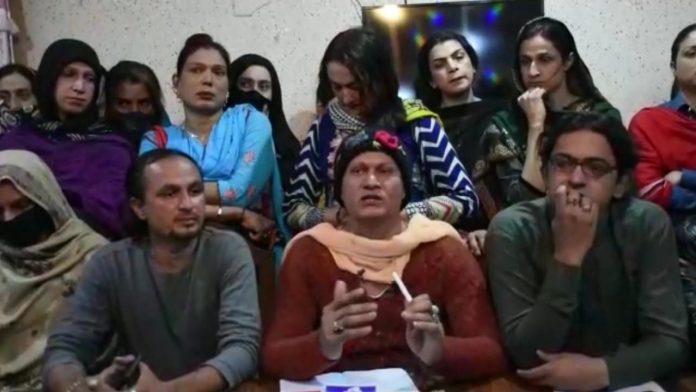 DI KHAN: The transgender community of Dera Ismail Khan claimed that the police have banned the sound system in functions wherein they perform dances but on the contrary, they are forced to dance inside Police stations.

They were talking at a press conference on Thursday.

The transgender people also said that the ban on their functions would deprive them of their sources of income adding that in such a situation, they would have no option but to resort to begging to make both ends meet. They pointed out that there is no ban on transgender functions in other districts of the province, but they were facing problems in DI Khan.

“If they (Government) cannot provide us jobs, they have also no right to snatch our source of income from us,” said Laila, the head of the transgender association in the district. “We will abandon dance performances if the government provides us decent jobs.”

The transgender community appealed to the Supreme Court of Pakistan to take notice of the police highhandedness and ban on their activities.

Like other parts of the country, the transgender community in DI Khan also complains of violence against them. On December 29, a transgender person was shot injured outside Laghari Plaza in Dera Ismail Khan after she refused to participate in a musical program. She was rushed to the district headquarter hospital, however, the transgender said, the doctors were confused to admit her to a male or female ward. The transgender during the press conference also asked for a dedicated ward in DHQ.

The transgender community demanded provision of Benazir Income support cards, health insurance cards and a building where they can find a safe shelter.