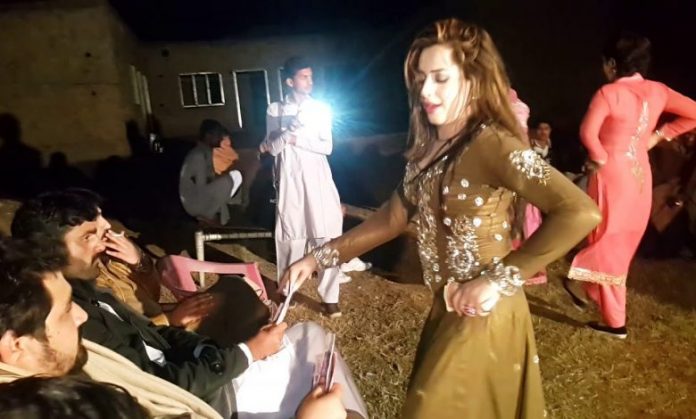 PESHAWAR: Adviser to Khyber Pakhtunkhwa Chief Minister on Science and Information Technology Ziaullah Bangash has said famous transgender person Chahat was expelled from Kohat as she was responsible for the firing incident few days ago.

At least five people were killed in a firing incident during a wedding ceremony in Kohat few days ago. Local sources said both the rival groups wanted attention of Chahat during the function which caused rift and eventually the firing and deaths.

Mr Bangash said the firing incident was thoroughly investigated by the district administration and police. He said the probe showed that Chahat was present during the tragic incident. He said accused of both groups involved in the firing are currently hiding. He said a case has been filed against the accused and search for the culprits is continuing.

The CM’s adviser mentioned that this was not the first time such an incident has taken place in Kohat where the transgender was also present.

On Monday, Ziaullah Bangash visited the residence of those who lost their lives in the incident to offer condolence with the bereaved families. The area elders and notables demanded action against dancer Chahat and her colleagues who, according to them, are creating problems in the area by indulging into controversial things. The elders alleged that it were the dancers at the party who triggered the fight which eventually resulted into the loss of precious lives.

Deputy Commissioner Abdul Rehman said a letter has been received from the police to investigate the incident. He said the district administration will form a committee to further probe the incident.