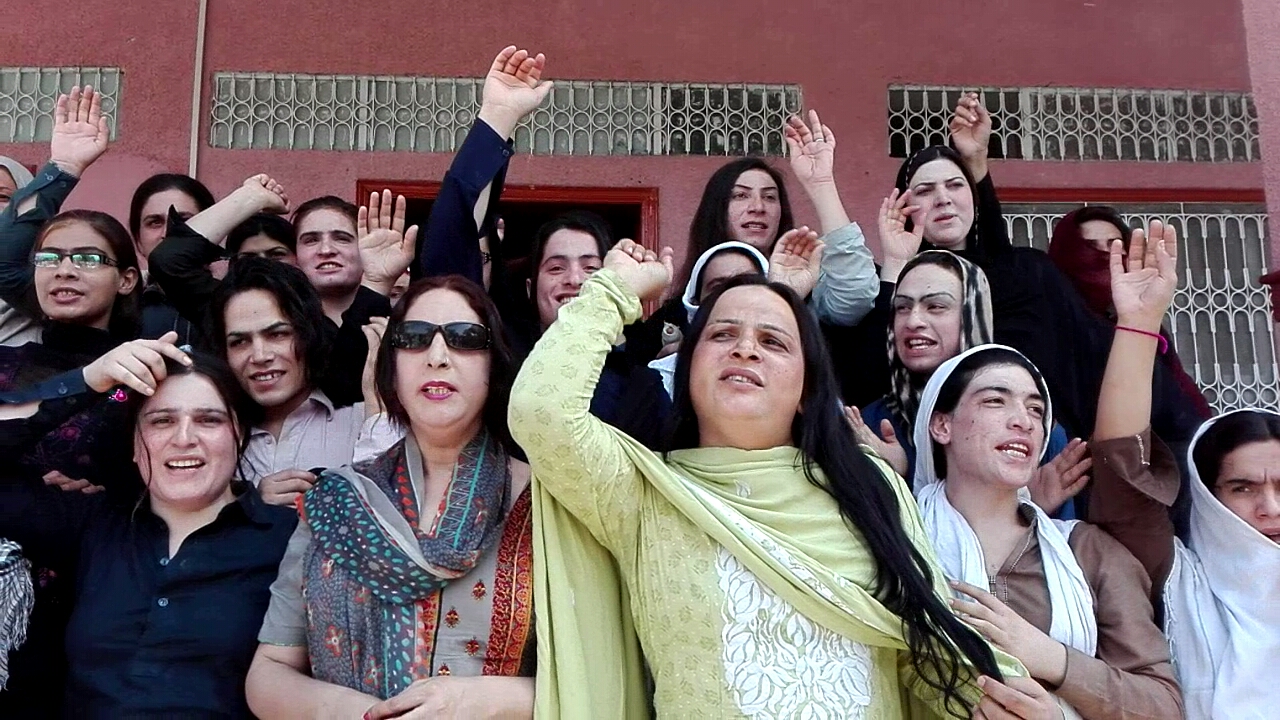 BANNU: The transgender people on Tuesday staged a demonstration to protest a ban on their dance in parties that deprived them of their only source of living.

The local administration has imposed a complete ban on their dancing at parties since last one year without providing them with alternative source of earning.

Protesting eunuchs gathered outside Bannu Press Club and chanted slogans against the provincial as well as district governments for banning them to perform.

They complained that the district government has imposed a ban on their profession in the name of maintaining law and order.

“They know who deteriorate law and order and challenge government writ but unable to take action against them, instead they vent their ire by banning us,” said a eunuch Rani.

She complained that the police torture them humiliate them publically but there was no court or government to hold them answerable.

On the other hand, local police claimed that quarrels had become a routine matter in their parties that threatened law and order in the district due to which they have been banned.