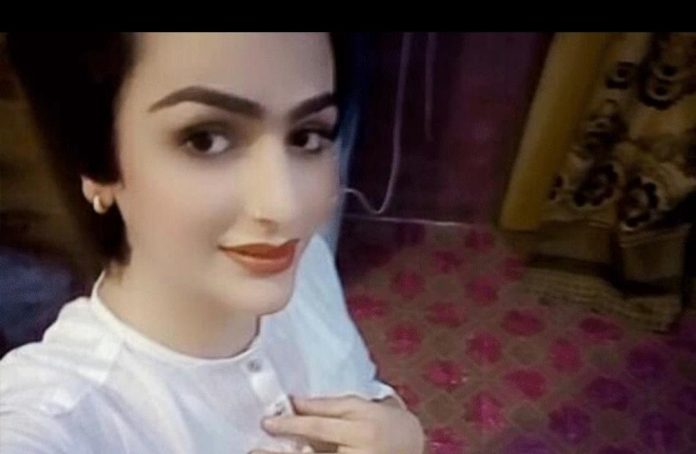 The deceased transgender person has been identified as Aftab alias Maya Khan. Aftab was handed over to his family by Hashtnaghri Police under a written agreement without his consent.

Pakhtunkhwa Civil Society Coordinator Taimoor Kamal told media persons that Aftab was earlier handed over to family by Hashtnaghri Police a month ago and his family members had shaved off his hair. On Saturday night, the police again handed over Aftab Alias Maya Khan to his family.

The body of the slain transgender person was shifted to District Headquarters Hospital for post-mortem. Doctors at the hospital said Aftab was shot at from close range.

Transgender persons in Peshawar gathered outside Hashtnaghri Police Station and staged protest demonstration. They questioned why Aftab was handed over to his family when he was unwilling to go with them. They said police has been failed to provide security to transgender persons due to which they are harmed on regular basis.

Transgender persons regularly come under attack in Khyber Pakhtunkhwa and they stage protests after such incidents, but no concreate action has been taken to provide them security.

After every attack on transgender persons, they stage protests and the authorities promise to provide security to them, but after few days, people forget about the incident and then another attack happens and the old practice is repeated continuously. Transgender persons also complain of not receiving proper medical care at public sector hospitals. They allege that some of their friends who get injured in attacks die in hospitals as they do not receive proper medical attention.