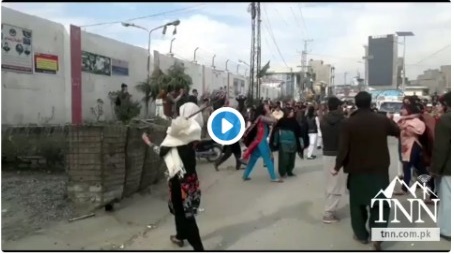 MINGORA: Transgender persons on Saturday attacked a police station in Mingora, Swat over not filing their complaint.

Sources said the transgender persons gathered outside the police station and pelted stones and bricks on the building. This situation created mayhem on the Mingora-Saidu Sharif Road and traffic came to a halt due to which the commuters faced difficulties.

Angry #Transgender persons pelted stones on Mingora #Police station after police allegedly refused to file an FIR against some accused who had ope fire on transfer persons in #Swat. The marginalised transgender community is often abused and mistreated by men in #KPK @HRCP_PK pic.twitter.com/vL7Byz8SUl

Police are of the view that transgender persons had a fight with some people and they were arrested and produced in a local court where they were released on bail. The transgender persons were infuriated with the bail granted to the accused and attacked the police station. Police said they had to act in self-defence and to restore traffic on the road.

Four persons were injured in traffic accidents in Nowshera and Mardan on Saturday. 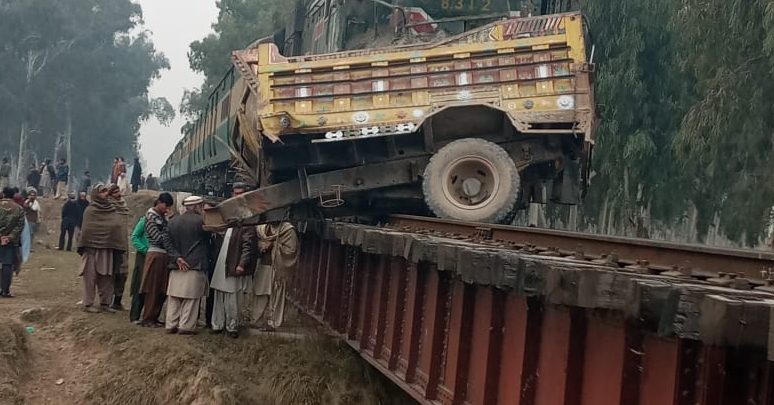 TNN correspondent reported that a tractor trolley was hit by a train when it was crossing the railway line in Azakhel area of Nowshera. The train engine driver was injured in the accident, while the tractor driver escaped from the scene.

Three persons were sitting in the trolley at the time of the accident and two of them jumped from the trolley to save their lives, while the third person, Altaf, sustained serious injuries. After first aid, he was shifted to Lady Reading Hospital in Peshawar.

Police said the train dragged the tractor trolley about 300 meters on the railway track.

Meanwhile, three persons were injured in collision between a car and flying coach in Takht Bhai, Mardan. The sources said the flying coach fell into a canal after colliding with a car. The injured persons identified as Zeeshan, Mrs Irfan and Abrar were taken to Tehsil Headquarters Hospital by the rescue personnel.