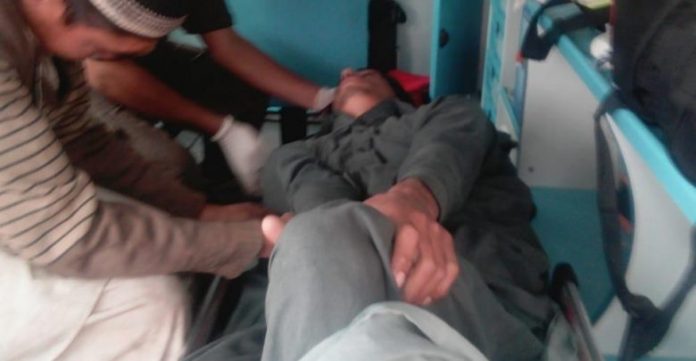 NOWSHERA: A transgender person was shot injured allegedly by his former friend here in district Nowshera on Friday.

According to police, the shooting took place around 12 pm at Siddique Plaza in Nowshera Cantonment area, as a result, the transgender-identified as Salman alias Wada received bullet injuries.

According to Nowshera police station, the reason for the shooting was that transgender Salman alias Wada had made friends with another person that angered his former friend, as a result, he first allegedly tortured him and then opened fire due to which he was injured.

Police said other eunuchs escaped to save lives during the shootings. The injured Khawaja Sara was shifted to District Headquarters Hospital Nowshera but due to the severity of injuries; doctors referred him to Lady Reading Hospital in Peshawar.

Sources said that last night there was a bloody clash between the two groups in the residence of the Khwaja Sara.  On the other hand, police station Nowshera cantonment has registered a murder case against Mohammad Ali alias Mashomay and other unknown suspects.

Just three days prior to her wedding, a girl was shot killed by unknown assailants in Gulberg area of Lahore on Friday. According to police, father slain girl registered a case saying identified person knocked at their door. He added when his daughter, Hira, opened the door unknown motorcyclists grabbed her and took her away. He added that when he resisted, the assailants tortured him.

Meanwhile, the motorcyclists took the girl by forceand shot her.  According to police, the accused also took off the girl’s jewellery. Police registered the murder case on the complaints of the victim’s father and started a further investigation into the case. The Police were told that the girl’s marriage was just three days. Police have said that they have seized the girl’s mobile phone and began investigating into the incident.