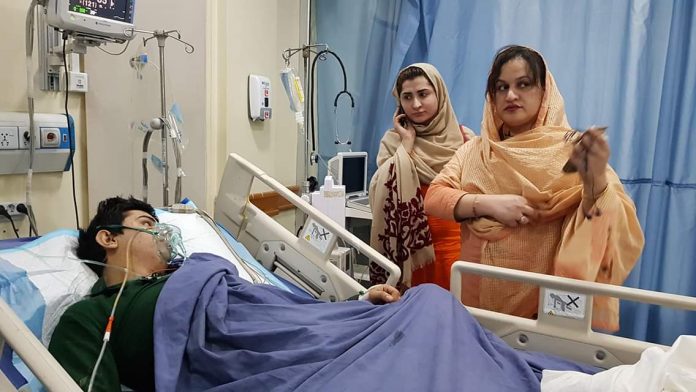 PESHAWAR: A transgender person sustained injuries while his friend escaped unhurt in a firing incident in Nothia area of Peshawar on Monday night.

Police said two transgender persons Adnan and Kamran were going to their residence in Dabgari area from Nothia at around 9:00pm when unidentified armed men opened fire on them. Adnan sustained injuries in the firing, while Kamran escaped unhurt. Adnan received two bullets, one in stomach and one injured his head. She was immediately shifted to the Lady Reading Hospital.

Doctors at the hospital said the condition of the injured transgender person was out of danger after surgery.

Meanwhile, the injured transgender person has refused to nominate anyone for attempt to murder him. Capital  City Police Officer (CCPO) Qazi Jameelur Rehman has taken notice of the incident and formed a team to probe the matter. The investigation team has been asked to file probe report on daily basis.